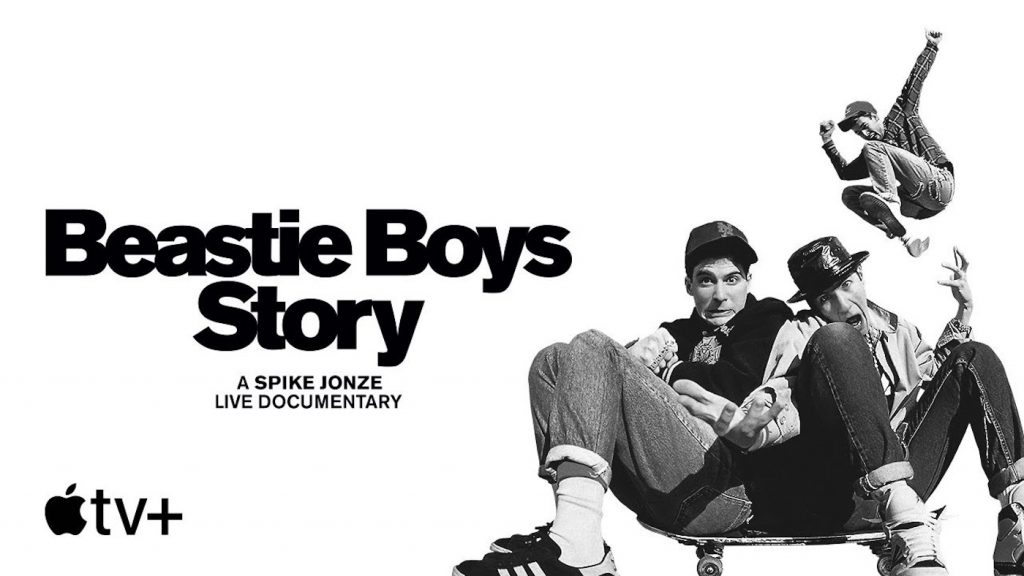 Joy feels in short supply about now, which is why this is a good a time as ever to take in the first trailer for director Spike Jonze’s Beastie Boys Story. The saga of how three buddies from New York became, against considerable odds, global superstars, reinventing themselves and their entire approach to music and life in the process, is both joyous and bittersweet. Joyous because Beastie Boys fans will finally get to see a proper documentary about their unlikely rise, told in their words, by a great director and collaborator. Bittersweet because of the missing member; the beloved, dearly departed Adam ‘MCA’ Yauch, who passed away on May 4, 2012.

The fact that longtime Beastie Boys friend and collaborator Jonze is your director here is all the more reason to check this doc out. Jones directed their music videos “Time For Livin’,” “Rickey’s Theme,” “Sabotage,” and “Sure Shot.” Even if you didn’t grow up a BB fan, you’ve likely seen the Jonze’s hilarious, legitimately thrilling visual take on their irresistible hit “Sabotage,” arguably one of the greatest music videos ever made.

The doc covers the Beastie Boys’ 2019 live show, “Beastie Boys Story: As Told By Michael Diamond & Adam Horovitz.” It was a limited gig; the fellas put it on in Philly, at the Tower Theater, and in Brooklyn, and the King’s Theater. Now fans all over the world can take in the performance. Diamond and Horovitz take us all the way back to the Beastie’s early days, regaling us with stories of youthful indiscretion, growing pains, mid-career pivots and the love, and loss, of MCA.

Jonze is, quite simply, the perfect director for this doc. His long history and abundant love for the band cannot be overstated, nor can his talent. His many films, from the soulful sci-fi romance Her to his mind-bending breakout hit Being John Malkovich, have proven his immense chops.

The story of 3 friends who inspired each other and the world. Beastie Boys Story coming April 24 to Apple TV+ and in select IMAX theaters on April 2.

Mike Diamond and Adam Horovitz tell you an intimate, personal story of their band and 40 years of friendship in this live documentary experience directed by their longtime friend and collaborator and former hall monitor, Spike Jonze. Learn more about Beastie Boys Story on the Apple TV app.