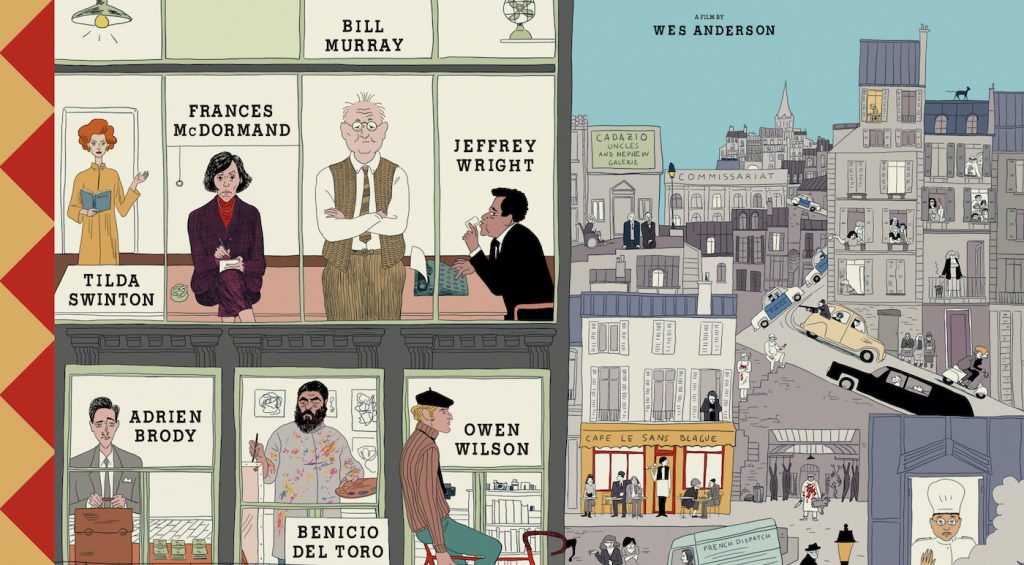 The Poster for Wes Anderson’s The French Dispatch is Here, Trailer Tomorrow

When it comes to a Wes Anderson movie, you can be pretty much certain about a few key aspects before you know the plot, or heck, even the title of the film. There will be a sensational, large cast of big-name actors. The look of the film, animated or not, will be painstakingly detailed. Whether Anderson and his team are creating a fake Rennaissance masterpiece or miniaturized Japanese beer cans, it will look like only an Anderson movie can. There will be whimsy. There will be actors having the times of their lives. There will likely be Bill Murray. And when things are really cooking, there will be Murray and Tilda Swinton.

Thus we feel especially good about Anderson’s upcoming film, The French Dispatch. The first poster has been released—ahead of tomorrow’s trailer—and it’s as beautifully crafted and stuffed with A-list names as you’d expect. And yes, we’ve got Murray and Swinton.

So what do we know about The French Dispatch besides the names of the cast and the promise that it’ll be another deep dive into Anderson’s passionately hyper-detailed sensibility? Not much. Here’s the brief synopsis from Searchlight:

It’s always fun when a director has favorite actors that return again and again in film after film. That counts not just for Murray and Swinton, but also longtime Anderson collaborators like Frances McDormand, Owen Wilson, Mathieu Amalric, and Adrien Brody. Not that the auteur doesn’t like working with new faces. Those newcomers include rising star Chalamet and the always excellent Benicio Del Toro and Jeffrey Wright.