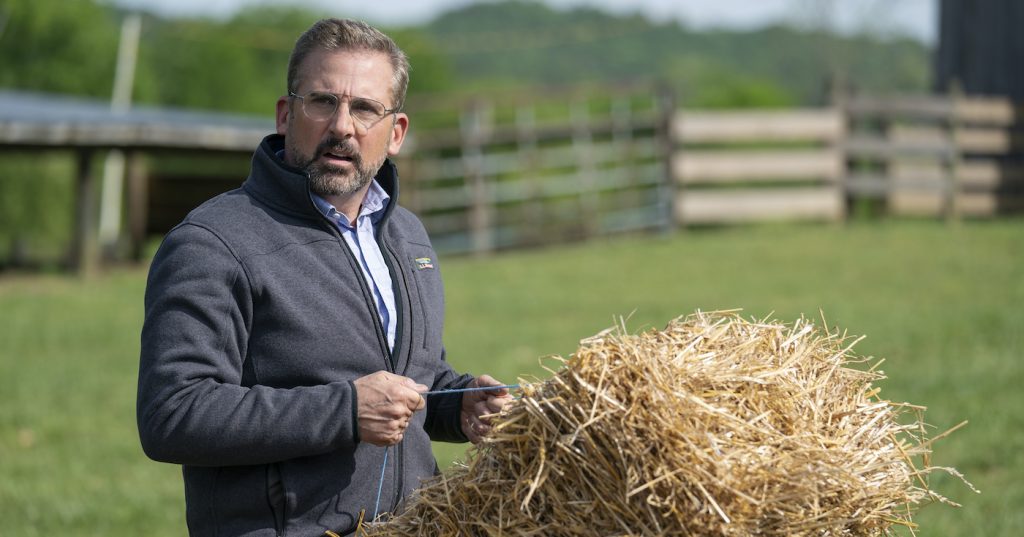 The First Trailer for Jon Stewart’s Irresistible is Here

It seems like a lifetime ago when Jon Stewart stepped down from his epic, game-changing run at The Daily Show back in 2014. Stewart handed the reigns over to Trevor Noah and went on to write and direct his first feature film, Rosewater. It was a story that was near and dear to his heart, about Iranian-Canadian journalist Maziar Bahari (played in the film by Gael García Bernal) who was imprisoned and brutally interrogated by Iranian forces on the suspicion he was actually a spy. The film was well-received, and now six years later Stewart has his second feature ready to go, a political comedy called Irresistible. The first trailer reveals the fruits of Stewart’s labor and sees him teaming up with old pal and former Daily Show correspondent Steve Carrell, who stars as a Democratic strategist Gary Zimmer trying to help a retired Marine (Chris Cooper) run for Mayor of his conservative Wisconsin town. Zimmer sees a way to get them back in a position of strength in the crucial swing state, but he’s got a big problem. Enter a Republican strategist (Rose Byrne) determined to ruin his effort, and you’ve got the ingredients for the kind of political satire Stewart was born to make.

With Stewart at the helm and superb talents like Carrell, Cooper, and Byrne as your leads, there is reason to hope that Irresistible is the kind of bracing, go-for-broke political comedy we could really use right now. Obviously there are few people better suited to take aim at our current political moment than Stewart, and the trailer shows him having fun with, among other things, the breathless attempts of “DC elites” to convince Midwestern folks that they not only understand them, but they know what’s best for them. Small-town Wisconsin becomes the battleground upon which Carrell’s beleaguered Democratic strategist and Byrne’s ruthless Republican strategist stage their political war.