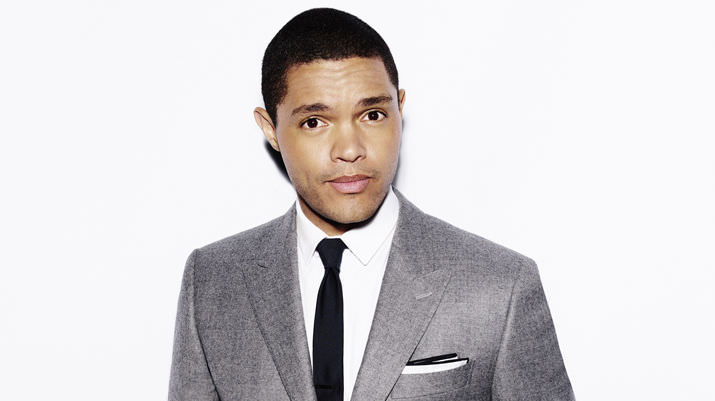 "Growing up in the dusty streets of South Africa, I never dreamed that I would one day have, well, two things, really," Trevor Noah began as the new host of The Daily Show. "An indoor toilet and a job as host of The Daily Show. Now I have both, and I'm quite comfortable with one of them." It was a humble, funny start for the new host, one who faced his fair share of controversy from the moment he was selected, and who must have felt no small amount of concern taking over the show from Jon Stewart. Noah touched on this as well.

“The truth is that now I’m in the chair I can only assume this is as strange for you as it is for me. Jon Stewart was more than just a late night host. He was often our voice, our refuge, and in many ways, our political dad. And it’s weird, because…dad has left. And now, it feels it like the family has a new step dad…and he’s black.”

In his first few minutes, Noah gracefully touched upon people's questions about why a woman wasn't hosting the show, or an American, for that matter, and got laughs from both answers, and he thanked Stewart, for whatever the former host must have done behind the scenes to help the 31 year old Noah take over the chair. Overall the new show wasn't too demonstrably different from the old show, save for the host, as the writers and correspondents who have helped make The Daily Show work are still there.

Yet Noah is, of course, a very different presence from Stewart, and what he does to tweak the show to suit his gifts will probably take weeks, if not months, to be revealed. For now, watch the below clip to see how Noah gamely handled the very first minutes of his new job.