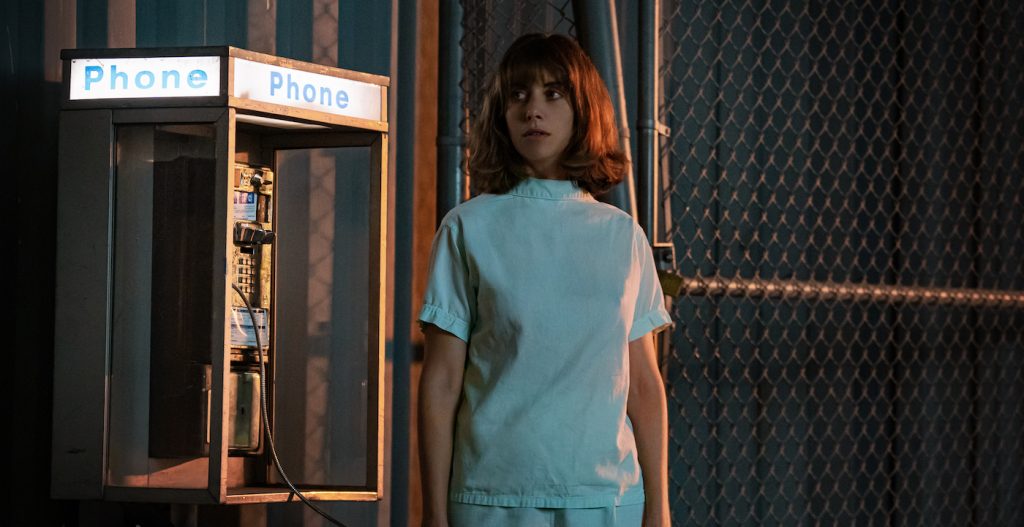 Alison Brie (Glow, Mad Men) co-wrote and stars in director Jeff Baena’s Horse Girl, in which Brie plays a shy young woman named Sarah who either has mental problems or alien abduction problems. Neither are good! Brie and Baena have collaborated twice before, in Little Hours and Joshy, and the trailer for their latest film (Brie’s screenwriting debut) looks like a compelling twist on the alien abduction/psychological thriller genres. Horse Girl will premiere at Sundance before moving to select theaters and eventually streaming on Netflix.

The film centers on Brie’s timid Sarah, who starts to think that her inability to sleep and occasionally finding herself in places she has no memory of traveling to are not symptoms of psychosis, but possibly the work of extraterrestrials. Sarah’s grandmother had once claimed to have been abducted by aliens but was instead deemed insane. Now Sarah’s starting to think her grandmother might have been telling the truth.

Brie is a joy to watch, whether she’s playing a wrestler, a frustrated mid-century housewife or, as is the case here, someone in serious trouble. Is Sarah just dreaming, or is there something really to her claims of aliens messing with her? It’ll be fun to see Brie in the role, and she’s got a talented supporting cast around her. That cast includes Debby Ryan, John Reynolds, Molly Shannon, John Ortiz, Paul Reiser, and Jay Duplass also star in Horse Girl.

Here is the synopsis for Horse Girl:

Sarah (Alison Brie), a socially isolated arts and crafts store employee, finds herself more content in the company of horses and supernatural crime shows than people. But when a series of strangely surreal dreams upend the simplicity of her waking life, Sarah struggles to distinguish her visions from reality. Directed by Jeff Baena, Horse Girl is a darkly humorous psychological thriller about a woman’s search for the truth, however abstract it may be.