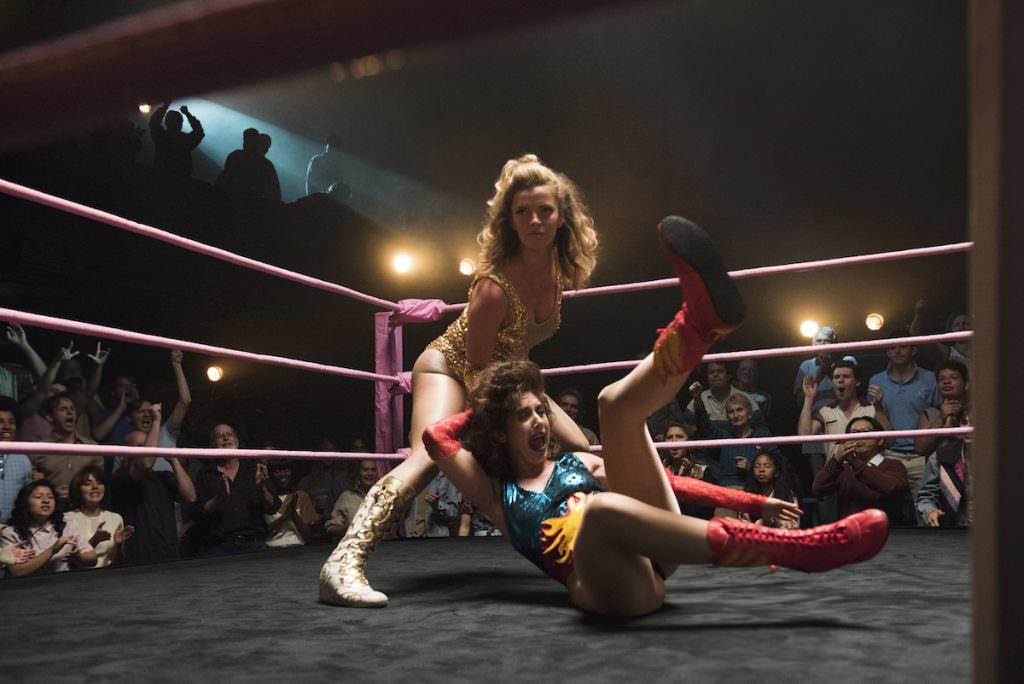 Get in the Ring With GLOW‘s Women Wrestlers

You know you’ve hit upon a tantalizing subject for a new series when the creator of the mega popular, critically acclaimed musical Hamilton Tweets this: 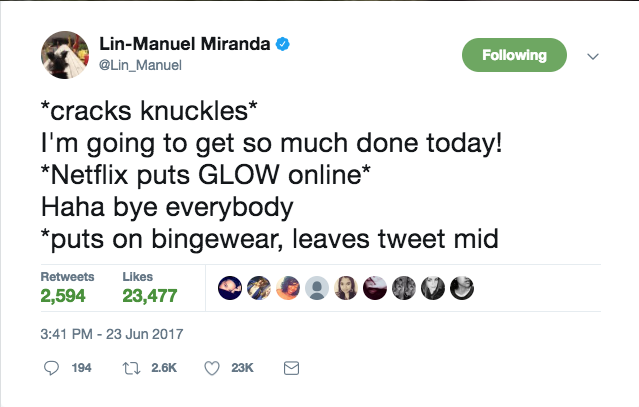 Inspired by the short-lived but beloved show from the 80s, GLOW tells the fictional story of Ruth Wilder (Alison Brie), an out-of-work, struggling actress in 1980s Los Angeles who finds one last chance for stardom when she’s thrust into the glitter and spandex world of women’s wrestling. In addition to working with 12 Hollywood misfits, Ruth also has to compete with Debbie Eagan (Betty Gilpin), a former soap actress who left the business to have a baby, only to be sucked back into work when her picture perfect life turns out not to be what it seems. At the wheel is Sam Sylvia (Marc Maron), a washed-up, B-movie director who now must lead this group of women on the journey to wrestling super stardom.

So yeah, you can see why Lin-Manuel Miranda was ready to stop what he was doing and start bingeing immediately; an exquisite premise, a fantastic cast and very talented people behidn-the-scenes, we're ready to hit the mat for GLOW.