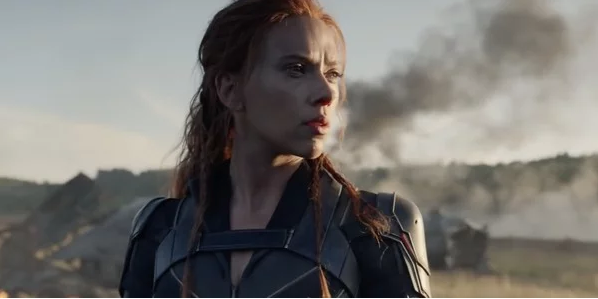 Many folks have been waiting for a stand-alone Black Widow film for a long time—we’re among them. When Marvel finally revealed that Scarlett Johansson’s super-spy would, in fact, be getting her own movie, there was plenty of reason to rejoice. Johansson’s Natasha Romanoff has been one of the most compelling characters in the Marvel Cinematic Universe, a former KGB super-spy who somehow broke free from her former captors/trainers and, after a very long and winding road, became an Avenger. Then Avengers: Endgame happened, and Natasha Romanoff gave up everything she’d fought so hard for in order to save her fellow Avengers. Now we’ve got our first look at what director Cate Shortland, screenwriters Jac Schaeffer and Ned Benson, and Johansson herself have cooked up in Black Widow, and we’re excited to report that this trailer is thrilling.

One thing we did know is that Johansson’s Natasha Romanoff wouldn’t be the only lethal Black Widow in Black Widow. The first person we meet after Natasha herself is Florence Pugh’s Yelena Belova, who Natasha calls “sis” after they engage in a bruising bit of hand-to-hand combat. We also get glimpses of David Harbour‘s Alexei Shostakov (also known as the Red Guardian) and Rachel Weisz’s Melina Vostokoff. The four of them are some kind of family and even get in a meal together once they’re all reunited. But don’t worry, there is action aplenty in the trailer, with one skydiving scene that looks downright insane. Even the trailer’s music points to how potentially intense Black Widow will be.

While there isn’t much by the way of plot revealed here, what seems to be clear is that Black Widow will have more of a Mission: Impossible vibe, with the Marvel humor (Harbour’s Red Guardian alone looks like he could carry most of the laughs) and the MCU’s interconnected world-building. The action scenes look terrific, and perhaps just as importantly, the film lets Johansson’s always interesting Romanoff take center stage. A welcome turn considering her sacrifice in Avengers: Endgame.

Black Widow hits theaters on May 1, 2020. Check out the trailer here: