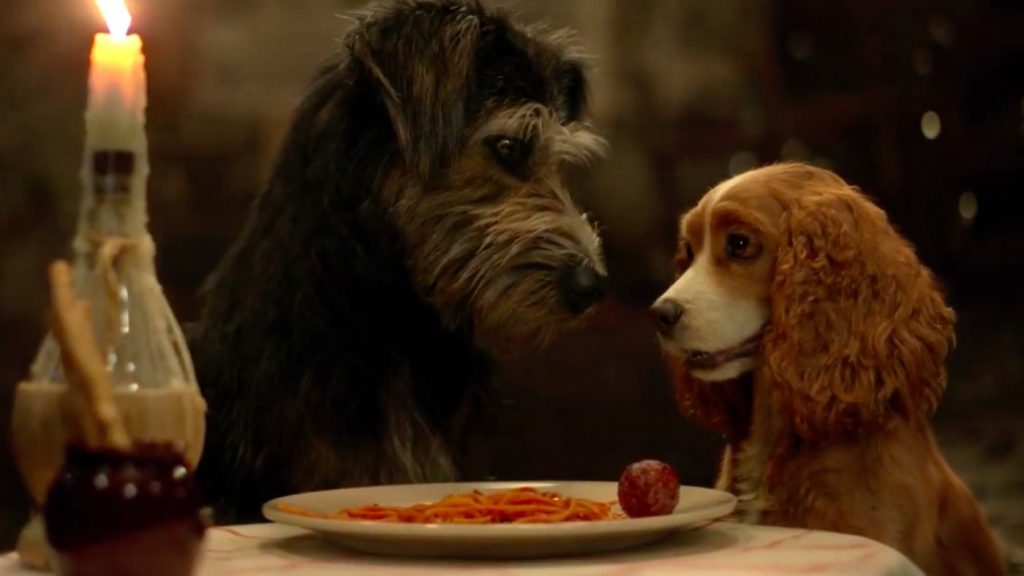 While Disney’s upcoming live-action remake of Lady and the Tramp for their brand new streaming service Disney + features the voice work of a lot of famous actors—Tessa Thompson, Janelle Monáe, Sam Elliot, and Justin Theroux to name a few—yet the real stars of this new featurette are the rescue dogs that were a big part of the cast. It turns out that finding the right dogs to play your two leads, let alone the rest of the canine cast, is not easy. What makes this cast even better is how many of them were rescue dogs. The best part? Every single one of the rescue dogs in the film found his or her “forever home” after filming was done.

Many of the dogs you’ll see in Charlie Bean’s film came from a pound or shelter or foster homes, says Mark Forbes, the lead animal trainer on the film. Even Tramp himself (voiced by Theroux) came from a shelter in Las Cruces, New Mexico. His real name is Monte, and he was a stray. Producer Bringham Taylor calls Monte “really charming, and gentle, and has so much soulfulness in his eyes. He couldn’t have been more perfect for Tramp.” It really is remarkable how much Monte looks, and acts, like the Tramp we know from the 1955 animated classic.

Theroux himself was charmed by Monte. “When I finally saw Monte, it’s one of those great things where you immediately kind of get him, because the dog, by nature, has a certain attitude about him.”

As for Lady, her real name is Rose, and she comes from a loving rescue home in Utah. When Rose and Monte met, “it was very clear they were right for each other,” we’re told, with a shot of the two pooches sitting together on a lawn. It’s painfully adorable.

“I just thought that they looked so perfect, and they were so darling together,” says a beaming Tessa Thompson.

The dogs trained for four months before filming began. The results look predictably cute, and the fact that every dog found a home is, to put it mildly, heartwarming.

Lady and the Tramp will stream on Disney + on November 12. Check out the featurette here: