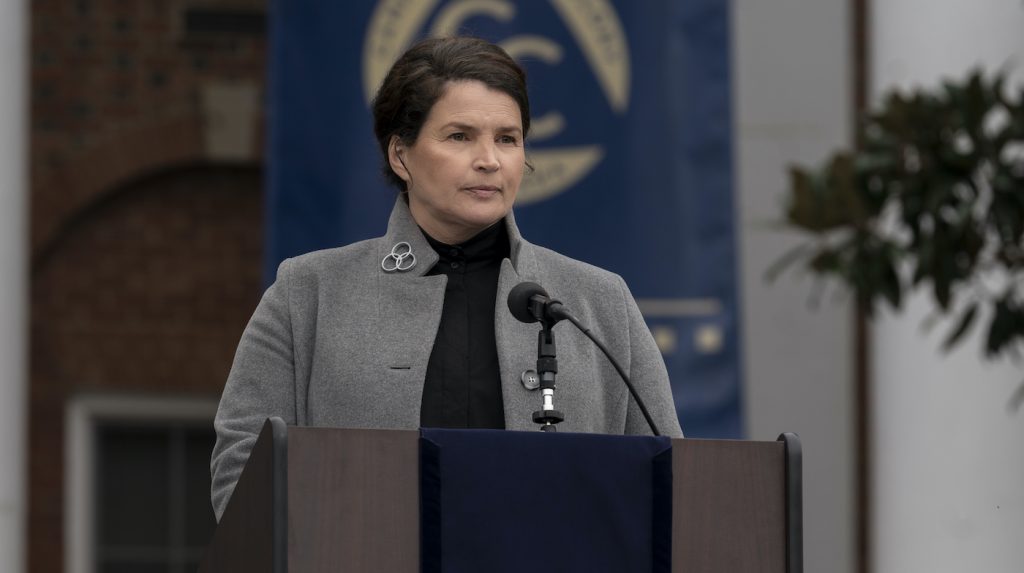 Here’s the First Teaser for The Walking Dead: World Beyond

The world of The Walking Dead is getting even bigger. AMC has revealed our first full look at their latest spinoff, The Walking Dead: World Beyond, which stars Julie Ormond as Elizabeth, a leader of a large, ferocious force contending with, you guessed it, the zombie apocalypse. “We are the last light of the world,” Ormond’s Elizabeth says in the new teaser. “We are the last hope.” Then we see members of her masked forces do some pretty brutal stuff, and you get the sense that Elizabeth might not be the hero of this story, but its antihero (or villain).

The World Beyond is the second spinoff from AMC’s monstrously successful original, which launched in 2010. Fear of the Walking Dead arrived in 2015, showing us a period a bit earlier than much of TWD is set in. Now The World Beyond gives us a glimpse of the first generation of kids born after the zombies began ruining—and eating—everything. The cast here skews younger as a result. The show comes from longtime Walking Dead showrunner Scott M. Gimple and Matt Negrete (who will be the showrunner here), with a pilot directed by Jordan Vogt-Roberts (Kong: Skull Island).

Check out the first trailer for The Walking Dead: World Beyond. It will debut on AMC in Spring 2020.

Here’s the official synopsis for The Walking Dead: World Beyond:

The Walking Dead: World Beyond will focus on the first generation raised in the zombie apocalypse. Some will become heroes. Some will become villains. In the end, all of them will be changed forever. Grown-up and cemented in their identities, both good and bad.

TAGSAMC The Walking Dead: World Beyond