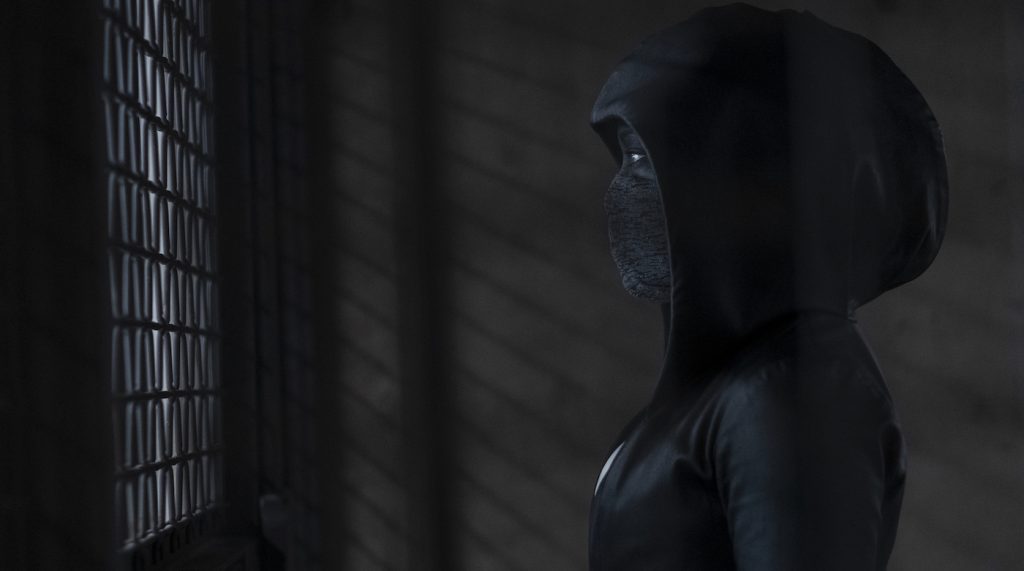 The first reviews for Damon Lindelof’s Watchmen for HBO are in, and it’s time to get very excited about HBO’s next big series. It seems like the key to adapting Alan Moore and Dave Gibbon’s iconic “Watchmen” graphic novel was to be as bold as they were in creating their 1986 masterpiece. IndieWire‘s Ben Travers writes that “HBO’s stunning sequel series wrestles with big questions about American identity without sacrificing big-scale entertainment.” Entertainment Weekly‘s Darren Franich says you can “expect to struggle gloriously with HBO’s involving, multifaceted comic adaptation.” The Hollywood Reporter‘s Tim Goodman calls the show “relentlessly entertaining, odd, and creative,” and writes that “[it’s] difficult to fully describe the visual and storytelling audacity behind HBO’s Watchmen, a series that warps perception in keenly original ways.”

Intrigued yet? You should be. When Damon Lindelof revealed he was going to be adapting their source material for a new series for HBO, one could be forgiven for wondering how he and his team would avoid the traps of taking a very nuanced, complex, and beloved story and translating it to live-action. Zack Snyder’s ambitious attempt for the big screen in his stand-alone Watchmen in 2009 was, depending upon who you asked, hit or miss. Snyder was very faithful to the source material, but it’s hard to pack even a quarter of what the graphic novel wrestles with in a single film. Giving Watchmen the series treatment seems like a no-brainer, now. And as more information was revealed about Lindelof’s take, it became clear his HBO series was going to be an entirely different kettle of fish.

Lindelof decided that instead of doing a straight adaptation, he was going to continue the story from where the graphic novel left off. For the uninitiated, what you need to know is that HBO’s Watchmen is set in an alternate universe where superheroes are outlawed, Vietnam is a part of the United States, and the characters that survived through the pages of the original work are living in a very panicky, dangerous environment. We learned in the trailer that after vigilantes pulled off a coordinated attack on the Tulsa police, the police start donning masks to protect themselves. One of those cops is Angela Akbar, played by Oscar-winner Regina King, one of quite a few brand new characters in the Watchmen universe.

Original characters from the graphic novel return, too, like the immensely powerful Adrian Veidt (Jeremy Irons), better known as Ozymandias. The last time we left Ozymandias in the graphic novel, he was living on Mars after having obliterated the story’s sleuthing weirdo hero Rorschach. Yet the masked detective had already sent his journal to the press, letting them know the full, grisly story of Veidt’s actions. The trailer revealed that an entire legion of Rorschach-like followers, inspired by his detective work and the crimes he exposed, is carrying on his legacy. Yet from the reviews (we’ve avoided any spoilers here), it sounds is they may have strayed far afield from Rorschach’s goals.

With cops and outlaws alike in masks, Watchmen promises to explore an anxious, terrifying America being torn apart from the inside. For lovers of the graphic novel, Collider‘s Haleigh Foutch writes that “the new HBO‌ series may not be what diehard fans are expecting, but it’s a vital update and doting love letter to the original that marries the spectacle of a high-profile cable budget with gripping philosophical storytelling, awards-worthy performances, and first-rate technical accomplishment across the board.”

So yeah, it sounds like HBO has a grand, ambitious new series on their slate, with nary a dragon in sight.