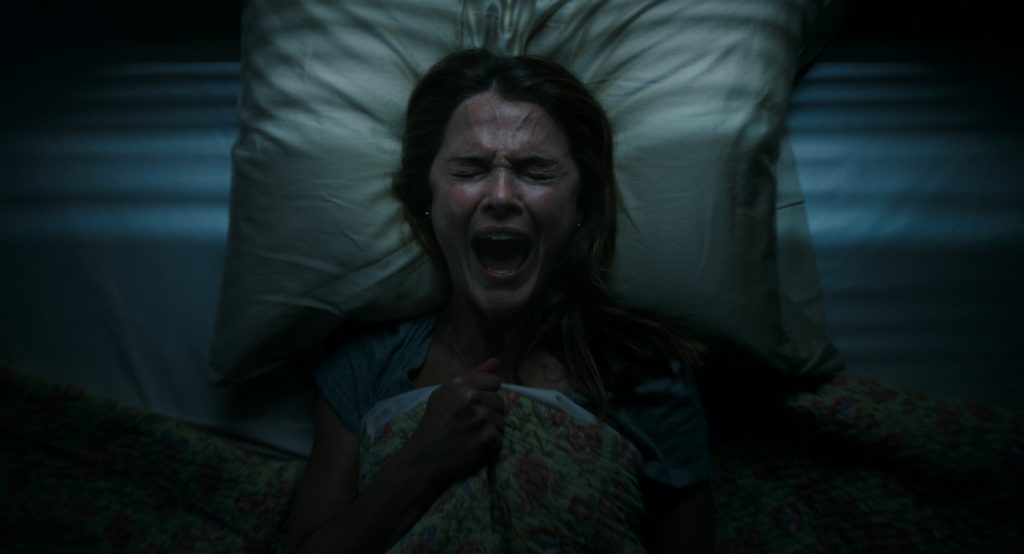 The Final Antlers Trailer is a Freaky, Near Wordless Horror Masterpiece

Look, we’re not saying co-writer and director Scott Cooper’s Antlers is a masterpiece, but we are saying this trailer is fairly perfect. Nearly wordless (there’s a single, crucial utterance towards the very end) and fully riveting, the new, official trailer for Cooper’s atmospheric horror flick, which takes two great actors (Keri Russell and Jesse Plemmons) and places them in a deeply disturbing small-town Oregon nightmare, is simply fantastic.

Cooper (Hostiles) not only has those two excellent actors to work with, but he also has the great Guillermo del Toro here as a producer and guiding spirit. All involved have combined their talents to adapt Nick Antosca (Channel Zero)’s short story “The Quiet Boy” for the big screen. The results, as far as we can tell thus far, look riveting. It also reminds us that the state of Oregon is every bit as creepy as Stephen King’s beloved Maine.

Russell plays a small-town schoolteacher named Julie Meadows who thinks there might be something very wrong with one of her students. Folks? She’s right? Plemons (Fargo, Breaking Bad), plays her brother, the local sheriff. The young student they suspect as being not quite right is played by Jeremy T. Thomas (Lore). Also on board are Graham Greene (Molly’s Game), Scott Haze (Venom), Rory Cochrane (White Boy Rick) and Amy Madigan (Field of Dreams).

Directed by Scott Cooper (BLACK MASS, CRAZY HEART), the film is written by Henry Chaisson (OPEN 24 HOURS) & Nick Antosca (THE FOREST, CHANNEL ZERO) with revisions by Scott Cooper, from the short story The Quiet Boy by Antosca. In ANTLERS, a small-town Oregon teacher (Keri Russell) and her brother (Jesse Plemons), the local sheriff, discover that a young student (Jeremy T. Thomas) is harboring a dangerous secret with frightening consequences.