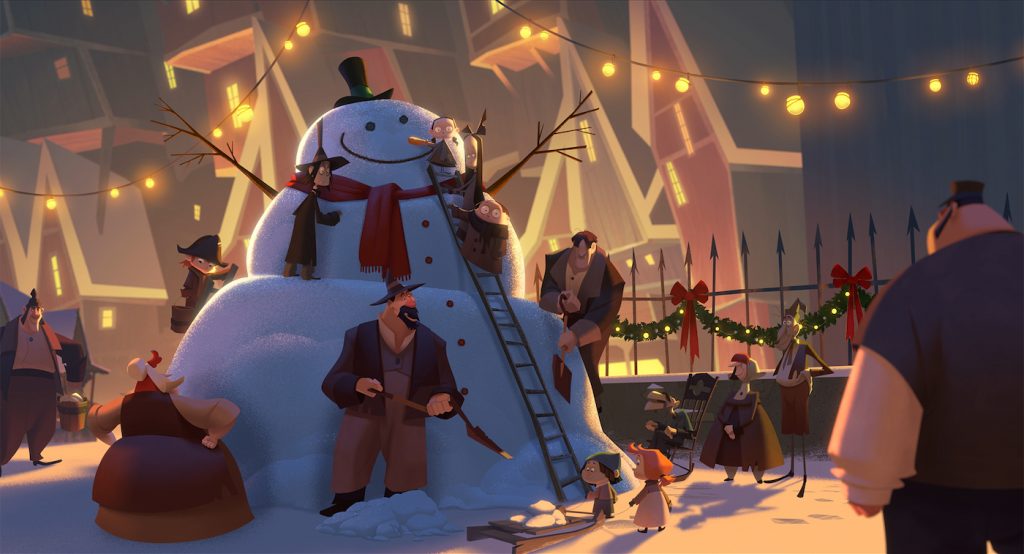 Ho ho ho, Santa’s getting his own origin story.

Klaus is the first animated feature film from Netflix, and it’s going to give the cheeriest resident of the North Pole a fullsome backstory. Netflix has released the first trailer, which gives us the tale of a postal worker in need of a career boost, one very unhappy town, and a reclusive carpenter whose cabin is filled with his wonderful creations. Klaus features contemporary music and whimsical touches and is directed by the co-creator of the Minions and Despicable Me, Sergio Pablos. If anyone could bring a little early holiday cheer, it’s certainly Pablos.

Klaus spins a yarn about how generosity of spirit can go viral, so to speak, and help bring people together. It may only be October (Klaus debuts on Netflix on November 15, 2019), but it’s never too early to get into the Christmas spirit. The script comes from Pablos,  Zach Lewis, and Jim Mahoney, and the film boasts an excellent cast of actors.

Have a look at the first Klaus trailer here:

When Jesper (Jason Schwartzman) distinguishes himself as the postal academy’s worst student, he is stationed on a frozen island above the Arctic Circle, where the feuding locals hardly exchange words let alone letters. Jesper is about to give up when he finds an ally in local teacher Alva (Rashida Jones), and discovers Klaus (Oscar winner J.K. Simmons), a mysterious carpenter who lives alone in a cabin full of handmade toys. These unlikely friendships return laughter to Smeerensburg, forging a new legacy of generous neighbors, magical lore and stockings hung by the chimney with care. An animated holiday comedy directed by Despicable Me co-creator Sergio Pablos, KLAUS co-stars Joan Cusack, Will Sasso and Norm Macdonald.