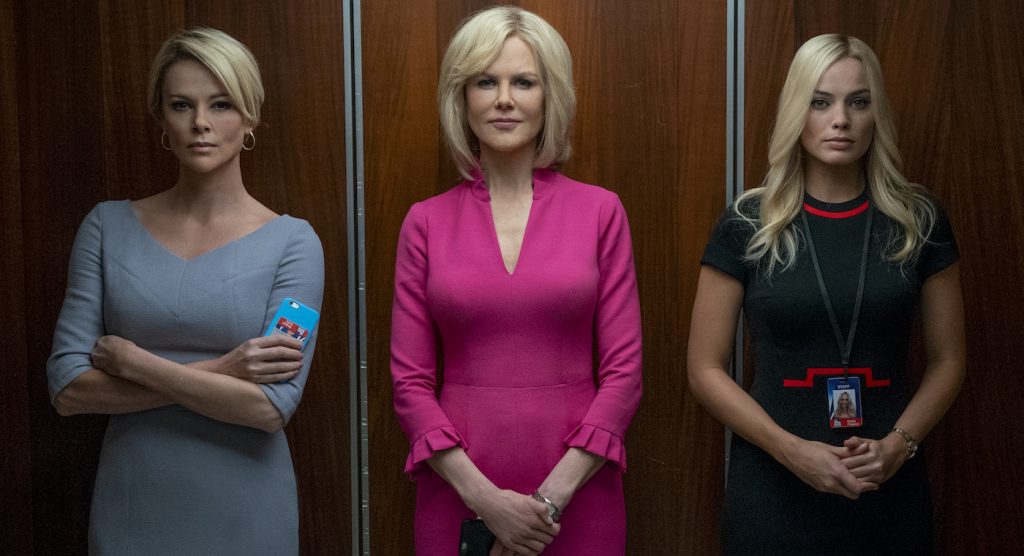 A fresh trailer for Jay Roach’s star-studded Fox News drama Bombshell is here, and it’s a doozy. Charlize Theron is really, really convincing as former Fox News superstar Megyn Kelly, and she’s hardly the only big name in the cast. This is not the first depiction of the toxic environment women faced behind-the-scenes at Fox News—Showtimes’ recent series The Loudest Voice, based on Gabriel Sherman’s book—depicted the many allegations of sexual harassment against Fox News’ founder Roger Ailes. In that seven-part series, Russell Crowe played Ailes as a lecherous, volcanic presence, whereas, in Bombshell, the drama is told from the perspective of the women who helped bring the mogul down. Lionsgate has released the first trailer after Bombshell screened for audiences in Los Angeles. The buzz from the screening is that it “left awards prognosticators in attendance dazzled thanks to its strong performances,” writes IndieWire‘s Zack Sharf.

Roach, who directed HBO’s Game Change, about the 2008 presidential election, works from a script from The Big Short scribe Charles Randolph, and he’s got a stellar cast to work with. They’re led by Theron, Margot Robbie as Kayla Pospisil (the only major fictional character in the film), and Nicole Kidman as Gretchen Carlson. John Lithgow plays Ailes, yet Bombshell is concerned with the women’s stories and how they navigated the treacherous, duplicitous and downright dangerous environment at the news channel Ailes dominated but they helped build.

“You have to adopt the mentality of an Irish street cop,” Kate McKinnon’s character says to Robbie’s Pospisil as she explains the environment she’s stepping into at Fox News. “The world is a bad place, people are lazy morons, minorities are criminals, and sex is sick but interesting. Ask yourself what would scare my grandmother, and piss off my grandfather. And that’s a Fox story.”