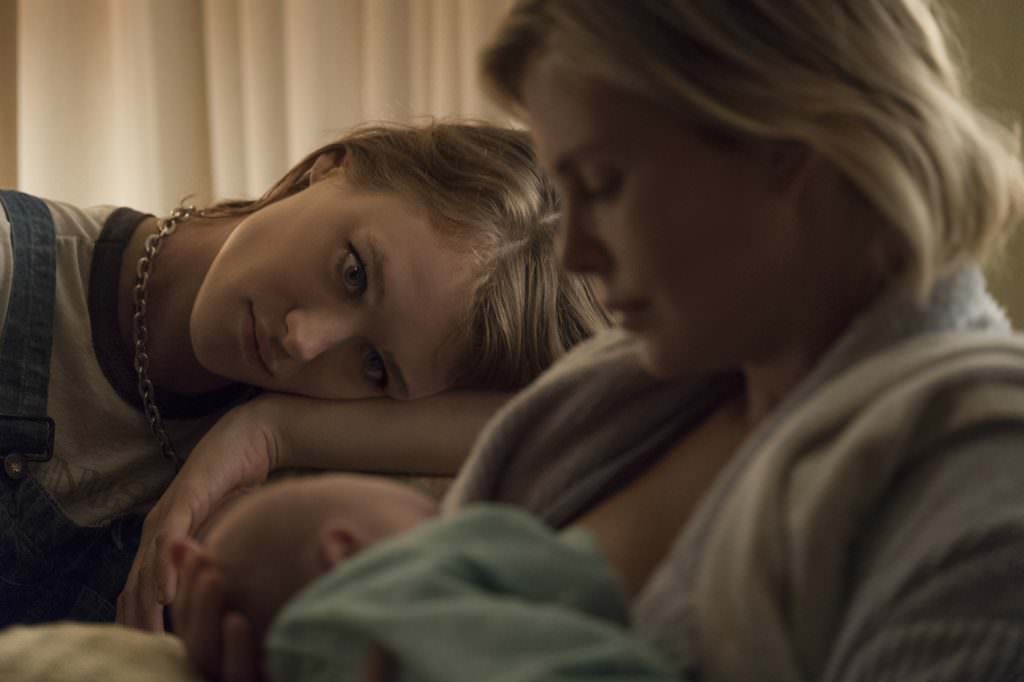 The last time Academy Award-nominated director Jason Reitman (Up in the Air), Academy Award-winning screenwriter Diablo Cody (Juno) and Academy Award-winning actress Charlize Theron teamed up, they graced us with the scorching, hilarious comedy Young Adult. The talented trio have teamed up again for Tully, which includes Mackenzie Davis as the titular character, the star of one of Black Mirror’s most beloved episodes ever (“San Junipero”). The film’s focus is on Marlo (Theron), a mother of three (including a newborn) whose brother (Mark Duplass) gifts her a night nanny, Tully (Davis). After being initially resistant to the idea, despite her overwhelming situation, Marlo comes to forge a bond with her new night nurse.

The new trailer is light on dialogue but rich with specifics, showing Marlo’s exhaustion as she wrangles her three kids, and a colicky newborn, and an obtuse husband (Ron Livingston) before the arrival of Tully at the very end. There’s so many reasons to be enthusiastic about this film, from the trifecta of Reitman, Cody and Theron re-teaming, to the addition of the gifted Davis and the presence of both Livingston and Duplass. Tully appears far less scathing than Young Adult, but perhaps a whole lot more topical, and potentially affecting, as it depicts a modern woman trying to balance the agony and ecstasy of motherhood, and life in general. Cody’s been writing primarily for television as of late, so it’ll be great to see her work back on the big screen, and with a cast this stellar, and a proven director in Reitman, Tully could be just what the doctor, or night nurse, ordered.

Tully arrives in theaters on April 20.