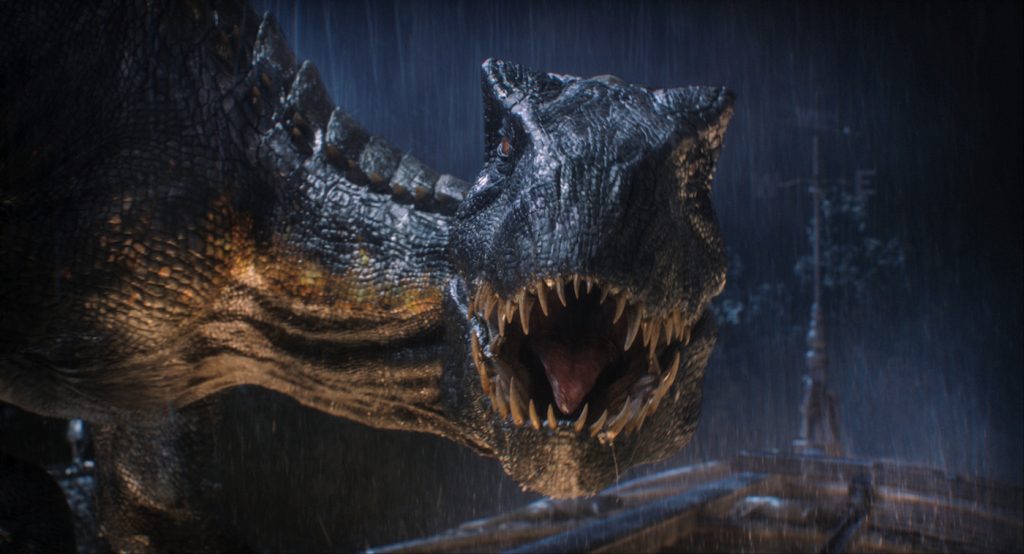 Colin Trevorrow has become a Jurassic World ambassador. He co-wrote and directed 2015’s hugely successful Jurassic World, co-wrote last year’s followup Jurassic World: Fallen Kingdom, and now, he reveals a Jurassic World short film titled Battle at Big Rock.  Universal has now released the film online, so you can enjoy the eight-and-a-half-minute live-action short now. There’s a lot of talent involved here in bringing this story to the screen, and what more can you ask for on a Monday than a little fresh dinosaur mayhem?

A fight between human beings and dinosaurs seems fairly lopsided. On the one hand, you’ve got colossal prehistoric super-predators. On the other hand, you’ve got us, people who spend inordinate amounts of our time staring into glowing screens, swiping listlessly. Yet those glowing screens are evidence of our incredible tool-making capabilities, even if said tools ultimately make us sad.

Okay, perhaps that’s too heavy of a spin to put on this short, but it does roughly sum up the game that’s afoot. The only way people can survive in a world where not only do dinosaurs exist, but they’ve gotten a taste for human flesh, is by utilizing their technological advantage.  The short stars the always excellent André Holland (Moonlight) who, along with his family, is doing a little camping in an RV. That’s when a triceratops stumbles into their camp seemingly looking for food. But triceratops are herbivores, so the family should fine! Right?

When the baby triceratops reveals itself, you’ve got a few seconds to enjoy the cuteness overload before the real trouble arrives—an allosaurus, which little Gracie (Melody Hurd) helpfully points out is “definitely a carnivore.” A fight breaks out amongst the dinosaurs, and you realize, wow, this short film is shot with all the vigor and VFX capabilities as a feature film! We won’t spoil what happens next, but Battle at Big Rock is a treat.

The short takes place one year after the events of the last Jurassic World film in Big Rock National Park, where dinosaurs are now living in our world. The story follows a family of four whose encounter with these wild animals becomes a terrifying fight for survival.

Check out the new short film below: