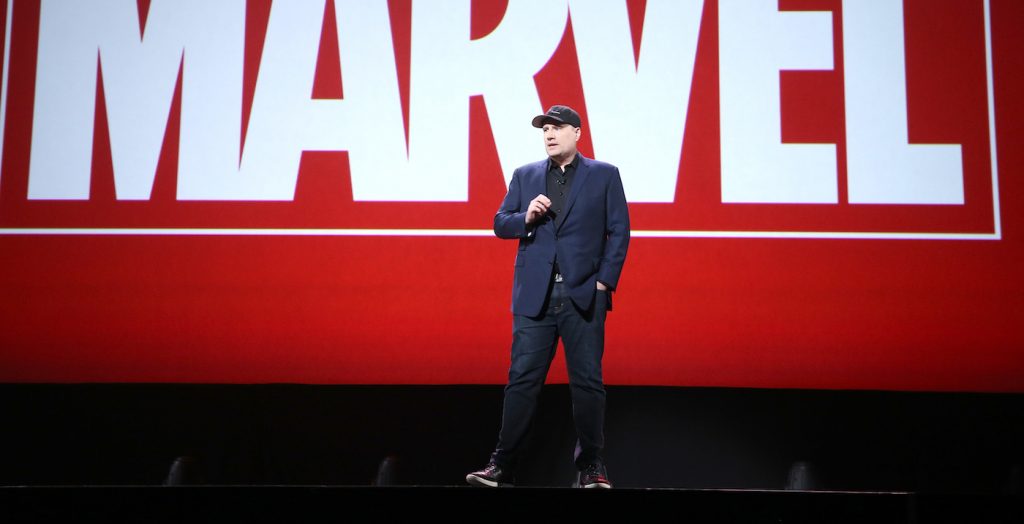 Chalk this one up as interesting but not quite surprising. Marvel Studios president and Marvel Cinematic Universe super-producer Kevin Feige will be producing a new Star Wars movie. The Hollywood Reporter has the scoop that Lucasfilm president Kathleen Kennedy tapped Feige to help her expand the Star Wars universe.

“[Lucasfilm’s Kathleen Kennedy] is pursuing a new era in Star Wars storytelling, and knowing what a die-hard fan Kevin is, it made sense for these two extraordinary producers to work on a Star Wars film together,” Walt Disney Studios co-chairman Alan Horn told The Hollywood Reporter.

Kennedy is currently plotting a new era in the Star Wars franchise and has been busy curating a list of talented world-builders to help her do it. The Last Jedi writer/director Rian Johnson is working on a new trilogy, and Game of Thrones‘ creators David Benioff and D.B. Weiss are working on new films as well. With Star Wars: The Rise of Skywalker, the 9th and final film in the Skywalker Saga, nearing its December 20 premiere date, it appears Kennedy is making sure the future of the franchise is stacked with proven talent. Feige is certainly that and more.

Feige has turned Marvel into a juggernaut. Four of the top 10 highest-grossing movies of all time are Marvel films, with Avengers: Endgame sitting in the number one spot after besting Avatar this past summer. Not only has Feige helped turn Marvel into a Hollywood powerhouse, but he’s also done so with relatively little friction in one smooth release after another.

THR also reports that Feige already has someone in mind for a Star Wars film. “One knowledgeable source says Feige has told a major actor that there’s a specific role he would like that person to play if and when he makes the movie,” THR’s Kim Masters writes.

While Lucasfilm and its parent company Disney are looking to major names like Feige to help with the future of the Star Wars franchise on the big screen, there is also Disney’s new streaming service, Disney+, which offers yet another home for Star Wars stories. Jon Favreau’s live-action Star Wars series The Mandalorian will be the first of what will likely be quite a few projects on the small screen.

The Star Wars galaxy will keep expanding so long as there’s an appetite for fresh stories from this venerable franchise.