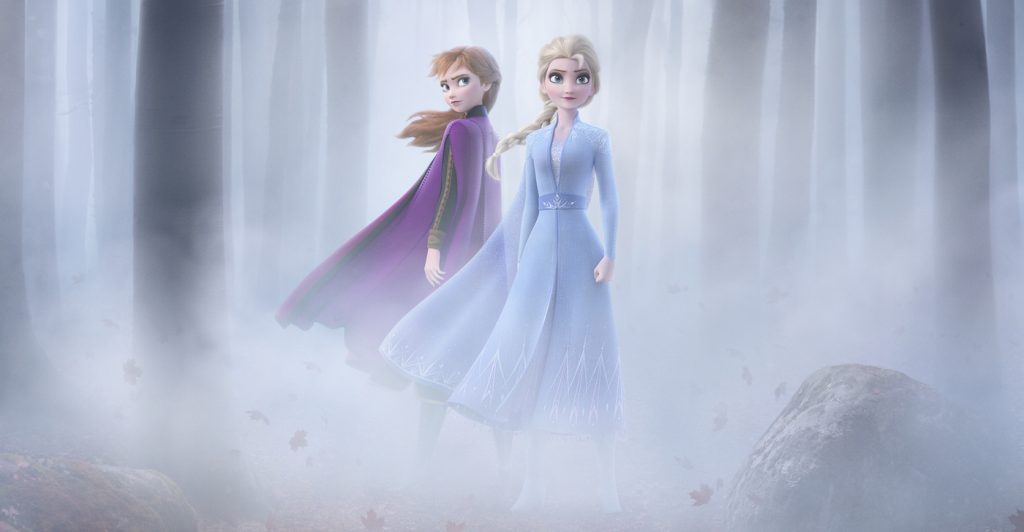 Not only did Disney’s global smash hit Frozen turn the sisters Elsa and Anna into household names in 2013, but it also unleashed Bobby Lopez and Kristen Anderson-Lopez’s world-beating song “Let It Go” upon the world, winning an Oscar and becoming utterly and inescapably ubiquitous. “Let It Go” was the song of 2013, and there was hardly a kid in the world who hadn’t heard it, sung it, lived it. Now Disney has released a new teaser for Frozen II, which gives us our first taste of a new song “Into the Unknown,” once again written by Lopez and Anderson-Lopez and sung by Idina Menzel. Will you soon be singing “Into the Unknown” into your shampoo bottles, on the way to work (or school), and in your sleep? You tell us! Have a look and a listen below:

Whether or not “Into the Unknown” is as much of a hit as “Let It Go” remains to be seen, but the tune is as catchy as you’d expect. As for the story of Frozen II, it will be giving us a clearer picture of Anna and Elsa’s past, including how Elsa attained her mysterious powers and what really happened to their missing parents. Co-writer and co-director Jennifer Lee spent years—and years—making sure she had a story worth telling. That care will likely pay off, as the appetite for a new Frozen hasn’t diminished in the six years since the original film debuted.

The cast from the original film is back—with Kristen Bell as Anna and Menzel as her magical sister Elsa. Joining them are Frozen former champions Jonathan Groff and Josh Gad. Newcomers like Evan Rachel Wood and Sterling K. Brown add more gravitas to the cast. Your directors are Lee and Chris Buck, with a script from Lee and Hidden Figures scribe Allison Schroeder. Frozen II is set to hit theaters on November 22, 2019.