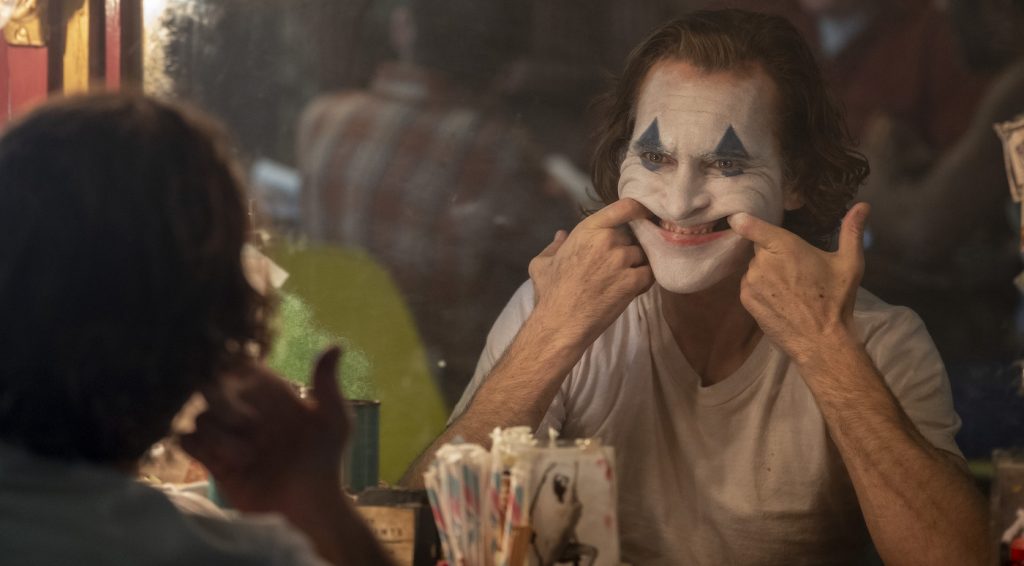 It ain’t happening, folks. Todd Phillips’ Joker made its world premiere at the Venice Film Festival (where it won the fest’s big prize, the Golden Lion) and has been drawing huge crowds at the Toronto International Film Festival. This has meant that Phillips has found himself at a lot of press events recently, and so the inevitable question had to arise at some point; would Joaquin Phoenix‘s Joker ever meet Robert Pattinson’s Batman? Pattison recently nabbed the role of Bruce Wayne in Matt Reeves’ upcoming The Batman, and considering the Joker is Batman’s most iconic nemesis, you can’t blame folks for wondering. Phillips, however, put all those possibilities to rest when Variety posed the question:

“No, definitely not,” he told Variety.

Yet Phillips also spoke about how for future DC films, the Joker would likely reappear in a new form. How could he not; he’s the Joker.

“Oddly, in the states, comic books are our Shakespeare it seems, and you can do many many versions of ‘Hamlet,’ Phillips told Variety. “There will be many more Jokers, I’m sure, in the future.”

Phillips and Phoenix’s Joker exists in its own world, outside of the larger DCEU. They made this film expressly to explore this one story, which was not based on any preexisting source material. It’s a harrowing look at a single man’s descent into madness and was never intended to be threaded into Warner Bros. upcoming DC films, from The Batman to Birds of Prey. Yet it’s understandable now that Joker has made such a big splash, and with Robert Pattinson taking on the role of the Caped Crusader, folks would wonder if maybe, just maybe…but no.

Phoenix and Pattison would make for an intriguing dynamic, but we’ll have to settle for these visions of Gotham’s greatest supervillain and superhero remaining separate.