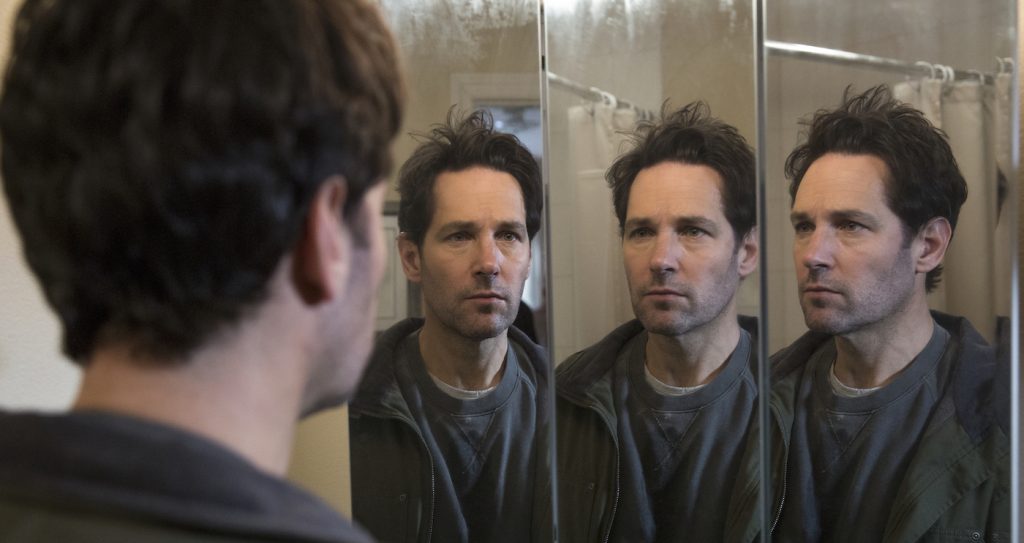 Paul Rudd has been shrunken (Ant-Man). Paul Rudd has been enlarged (Captain America: Civil War, Ant-Man and the Wasp, Avengers: Endgame). But now, Paul Rudd has been multiplied. For those of you who love Rudd—and that’s just about everyone—this embarrassment of riches that is multiple Rudds will suit you just fine. Such is the bounty thanks to the premise for his new Netflix series Living With Yourself, which sees a struggling man named Miles (Rudd) enter into a cutting-edge spa treatment in order to improve his life. The result? Miles finds he’s been replaced by an entirely new version of himself. The first trailer is here and showcases Rudd’s expert comedic timing, this funny/sad/dark conceit, and a new existential comedy from the mind of Timothy Greenberg, an Emmy Award-winning writer from The Daily Show With Jon Stewart.

When Miles checks into Top Happy Spa, he’s promised that the treatment will “rebuild his DNA” and create a “better you.” They really mean it.

The Netflix original series Living with Yourself is an inventive existential comedy that asks: do we really want to be better? Miles (Paul Rudd) is a man struggling in life. When he undergoes a novel spa treatment that promises to make him a better person, he finds he’s been replaced by a new and improved version of himself. As he deals with the unintended consequences of his actions, Miles finds he must fight for his wife Kate (Aisling Bea), his career, and his very identity.

Living With Yourself premieres on Netflix on October 18.