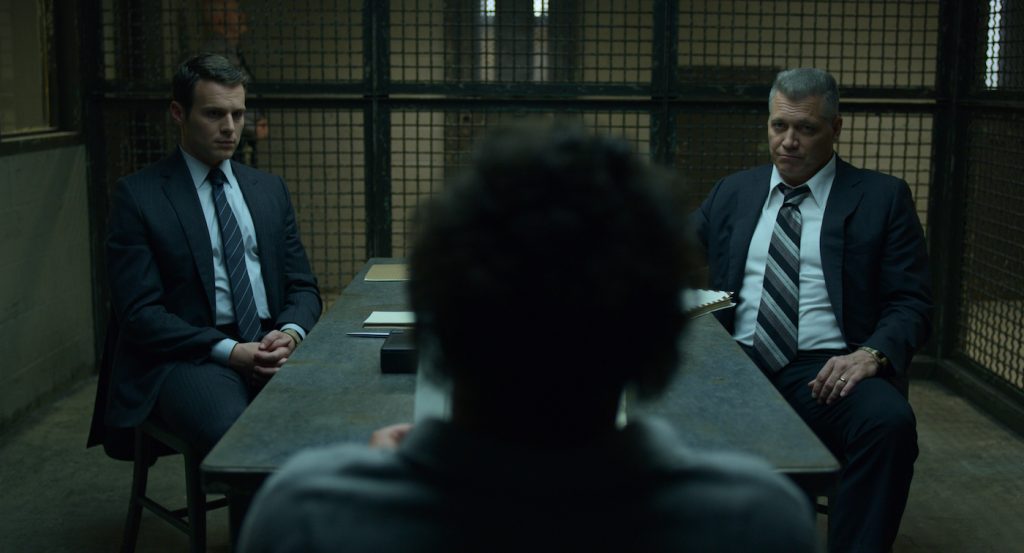 How Mindhunter’s Composer Manipulates Sound to Create an Unexpected Score

What kind of music describes the FBI’s early attempts to understand the mind of a serial killer? According to Mindhunter, the David Fincher-produced Netflix series based on Mindhunter: Inside the FBI’s Elite Serial Crime Unit, by John E. Douglas and Mark Olshaker, the auditory embodiment of this process swings between a creepily high-pitched yet restrained clamor, and quiet, moody intonations, like the rumbling of an ominous wind. The instruments used in these ambient compositions seem impossible for a lay viewer to place, and you’d be forgiven, albeit incorrect, for thinking the score must have relied on synthesizers or samplings of interstitial moments between techno tracks. Mindhunter’s composer, Jason Hill, worked with artists like David Bowie and Robbie Williams in his capacities as a record producer, instrumentalist, and mixer, before turning to television composition (this series is his first), where he’s applying his polymath abilities with equal rigor to the highly stylized show. “I don’t use any sample libraries or stock libraries. I make everything myself, with the help of friends who will come in, like a choir,” Hill says.

Hill works directly with Fincher on the show’s music, estimating that he’s been in touch one way or another with the director-producer on a daily basis for the past several years (Hill also contributed to the music for the Gone Girl trailer). “He never gives me, ‘make it sound like this,’” Hill says. “It’s more trying to get to a place where there’s some inspiration, which might cause something to come out that’s interesting.” This season’s esoteric prompt was “the death of disco.” “What does that mean?” asks Hill. “Well, if I don’t know what that means, but it’s very open, that leads me on a place to go.”

The composer gets to the places he’s going on a variety of instruments, all played by him or friends, and manipulated to sound like something else. “Vibraphones, glass harmonica, wine glasses,” Hill rattles off. One instrument he made himself, “a seven-foot-tall sort of like a metal cello that stands on its own and you bend it, but it’s made out of iron or steel.” It’s played with bows and pops up throughout the show’s score, mostly in background music. Hill is adamant that in his final product, no instrument be recognizable for what it is unless, say, it’s the tinkle of piano keys in a hotel lobby. “I don’t think we ever discussed this,” he says of his process with Fincher, “but if you can tell what the instrument is, you’re kind of failing. If you can tell it’s a piano, then it’s too boring.”

Hill is adamant about his methodology in order to keep things interesting for himself as well as the show’s audience. He readily admits to a contrarian streak. When he mentioned using a vibraphone for season one, “Fincher’s like, in all caps, something like ‘absolutely no vibraphones.’ I wanted to go, ‘because you said no vibraphones in the score, I’m going to put vibraphones all over the place.’ But I’m gonna make it so you can’t ever tell that’s what it is.” Hill got his vibraphones in — in particular, they can be heard if not recognized throughout the BTK scenes — but he asserts, “I wasn’t trying to fool Fincher or anything like that. But whenever there’s a definitive answer one way, I at least have go ‘well maybe…’ I want to play something and surprise myself. I try specifically and purposefully to f**k things up, so things get harder for myself.”

The result is a cross-country serial killer interview tour set to eerily apropos musical emissions. The show’s second season brings FBI agents Holden Ford (Jonathan Groff), Bill Tench (Holt McCallany), and Dr. Wendy Carr (Anna Torv) in contact with real-life killers Charles Manson, William “Junior” Pierce, William Henry Hance, and Elmer Wayne Henley Jr. Elsewhere, the BTK killer is still on the loose, while Atlanta beckons, thanks to an unsolved rash of child murders. Out of all the crimes witnessed, recounted, or investigated this season, Hill was “chomping at the bit” to get to the Atlanta plotline. “My mom’s Southern, she’s from Arkansas, and I go to the South a lot. I know what it feels like. That humidity. That stickiness. The cicadas. All of that stuff and the music had to represent that. It was those atmospherics that really inspired me,” he says.

The show’s season finale left many wanting more, as it was bound to do, since the Atlanta Child Murders were never fully solved in real life. But an inspired Hill gave fans of the show’s music a bonus, in the form of a new intro. Do the inhuman sounding strains of the song’s choir have any ring of the “death of disco?” Don’t answer, because Hill’s compositional approach to the season means there isn’t one. “I just kind of stumbled on it, to be honest with you,” Hill says of his process. “I found different ways to work, and it was always about forcing confusion, in a way.”

Mindhunter seasons 1 and 2 are both currently streaming on Netflix.