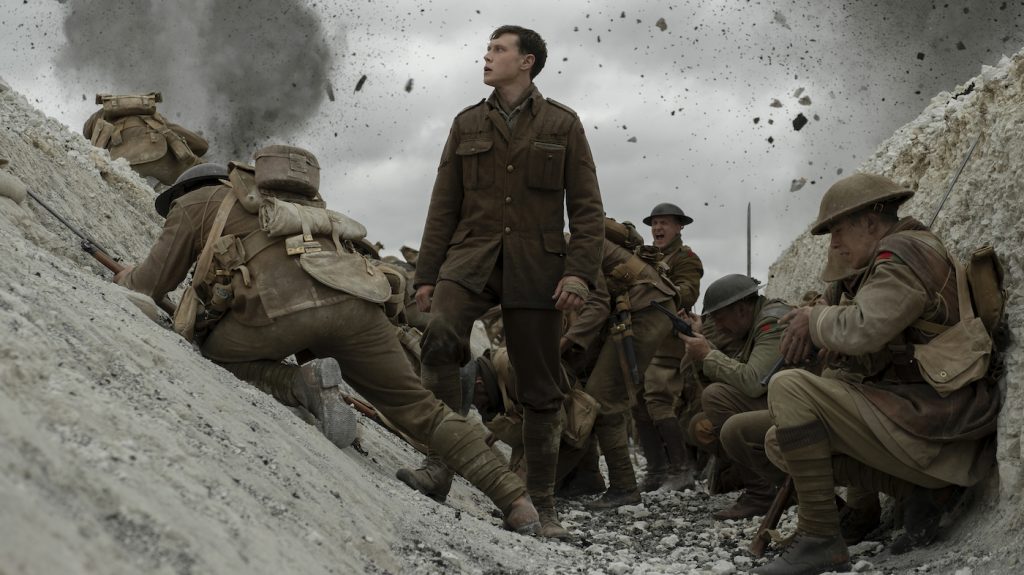 Director Sam Mendes is going to take us to hell. Hell, in this instance, is the battlefields of World War I. Universal has released the first trailer his upcoming WWI epic 1917, starring George MacKay (Captain Fantastic) and Dean-Charles Chapman (Game of Thrones) as two young British soldiers trying to deliver a message that could save the lives of 1,600 soldiers. 1917 unfolds over a single day, and Mendes has arrayed a stellar list of collaborators to help him pull off the film’s hyper-realistic look. These include three folks who know a thing or two about working on lush period films. These include great cinematographer Roger Deakins, Dunkirk‘s crack editor Lee Smith, and Darkest Hour‘s costume designer Jacqueline Durran.

The trailer is as intense as you’d imagine a Mendes directed, Deakins shot WWI film.

Here’s the official synopsis from Universal:

Sam Mendes, the Oscar-winning director of Skyfall, Spectre and American Beauty, brings his singular vision to his World War I epic, 1917.

At the height of the First World War, two young British soldiers, Schofield (Captain Fantastic’s George MacKay) and Blake (Game of Thrones’ Dean-Charles Chapman) are given a seemingly impossible mission. In a race against time, they must cross enemy territory and deliver a message that will stop a deadly attack on hundreds of soldiers—Blake’s own brother among them.