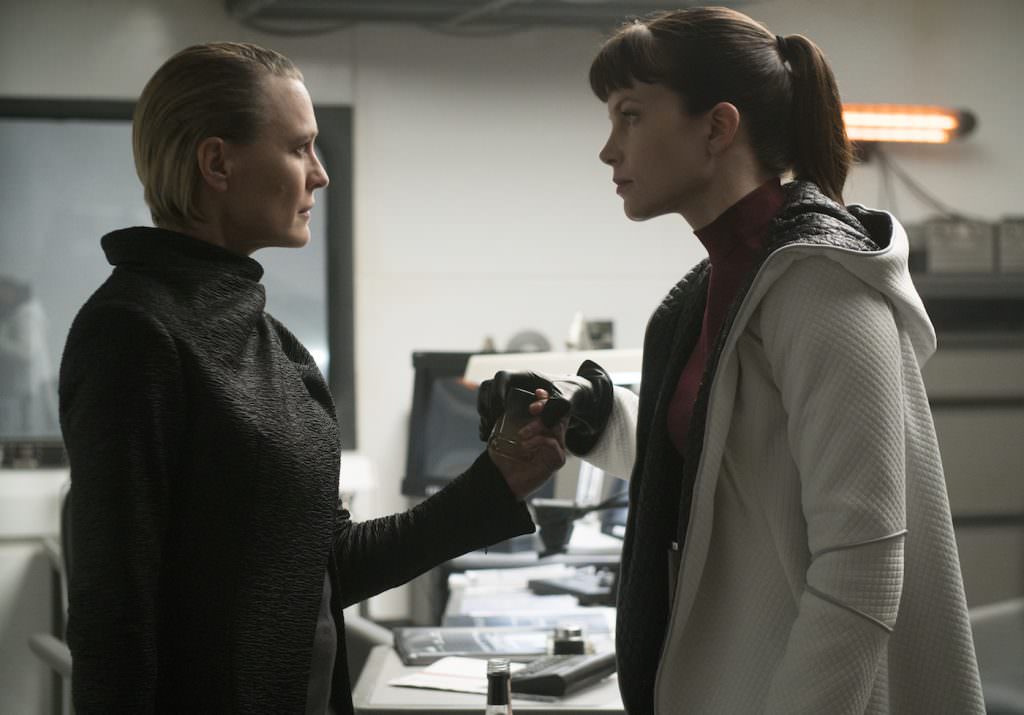 Like her co-stars Ryan Gosling and Harrison Ford, Robin Wright was very much in awe of cinematographer Roger Deakins. In this exclusive interview Wright did with Collider‘s Steve Weintraub, the two begin by trying to figure out a way to discuss the film without, well, discussing the film, considering “every thing about this movie is a spoiler,” as Weintraub explains. Wright discusses how the film is, in many ways, about seeking identity. “What does it mean to be human,” she says, “what does it mean to try and maintain love and connection as we know it today?” Weintraub than goes on to ask her the essential question about the original Blade Runner; whether or not she thinks Deckard (Harrison Ford’s character) is a replicant, or, whether the ambiguity that was baked into the film (despite what director Ridley Scott thinks) leaves that an open question. “You need to accept and live in the ambiguity,” Wright says, “because I think that is what the future is going to become.” Wright goes on to discuss how, in the future, the marriage of what’s human and what’s technology will be delicate, intricate and, perhaps, indistinguishable.

Then the conversation switches to a discussion of Roger Deakins’ work. Now that Wright is directing herself, she was desperate to ask him a million questions (especially about lighting), but the legendary cinematographer is quite quiet, to say the least. Yet Wright, as Gosling and Ford said before, marveled at the way Deakins works with light, just one of the many amazing things about working with him. She describes a quiet master, one who speaks his own language with the crew. It almost sounds as if Wright thinks Deakins is himself a replicant, a perfect blend of man and machine, capable of creating majestic art.

Check out the full video interview below, and prepare yourself for Blade Runner 2049, which is finally out this Friday, October 6.