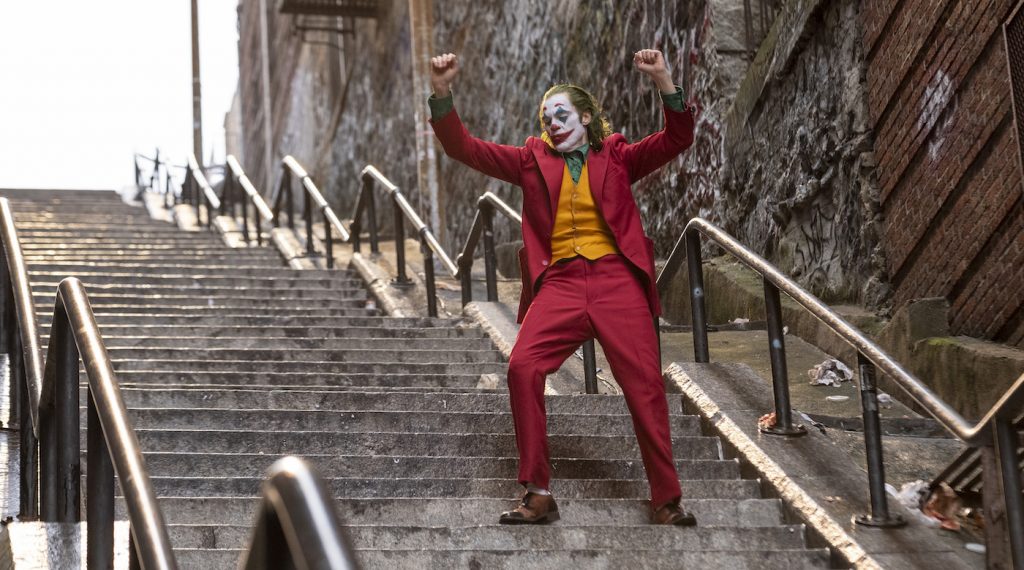 The Final Joker Trailer Puts on a Happy Face

We get a touch of his humanity. We get the laugh. And most of all, we get a sense of just how different Todd Phillips and Joaquin Phoenix‘s take on the most iconic villain in DC comics history is before half a minute is up in the final Joker trailer. We now have a clearer picture of what’s in store, and this final look speaks to a comic book film quite unlike any that have come before it.

Opening with Arthur Fleck (Phoenix) on a bus, trying to make a little kid laugh—and getting browbeat by his concerned mother for his efforts—the final trailer definitely situates Joker as both a character study and an origin story, as Phillips promised. “Can you please stop bothering my kid,” is what the mom on the bus says to Fleck, and you get the feeling that this is how the world always responds to him. He’s weird. He’s off. You wouldn’t want him interacting with your kids. We get a glimpse of Fleck’s weekly meeting with his social worker (Sharon Washington), and here’s what he tells her: “You don’t listen, do you? You just ask the same questions every single week. How’s your job? Are you having any negative thoughts? All I have are negative thoughts.”

What follows is Arthur Fleck’s descent into the Joker, when he turns those negative thoughts into action. It’s also our best look yet at Phoenix’s co-stars Zazie Beetz, as potential romantic interest Sophie Dumond, and Robert De Niro’s TV host Murray Franklin, who insults Fleck on live TV and looks like one of the people responsible for pushing him over the edge. There’s also Brett Cullen as Thomas Wayne—yes, Batman’s dad—who punches Fleck right in the face.

Have a look at the trailer here. We won’t spoil the last line, which is a doozy. If you weren’t excited for Joker before, we’re guessing you might be now.

Joker makes its worldwide premiere at the Venice Film Festival this week, then opens wide in the states on October 4.