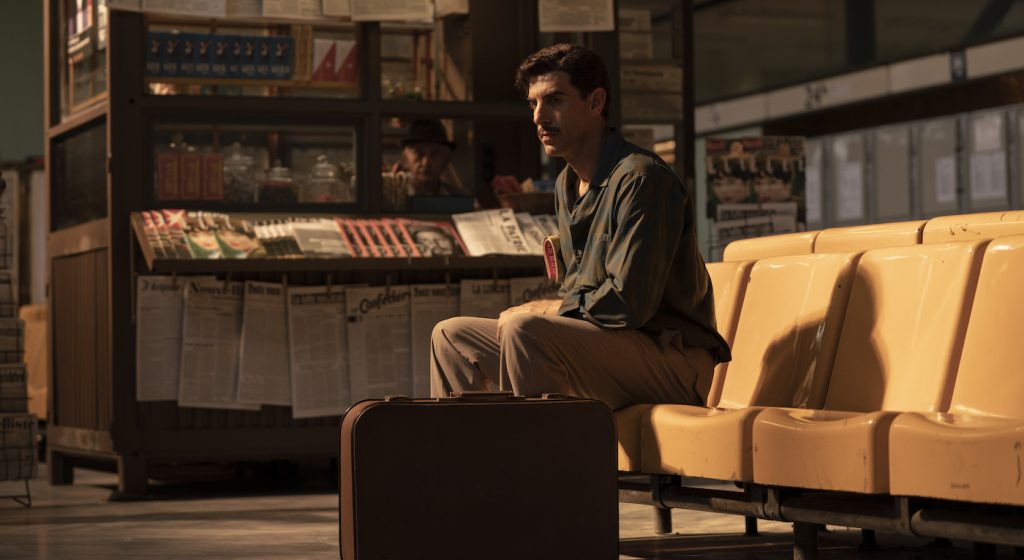 “If your country needed you to lie to your friends, your family, your wife, would you do it? If your country asked you to risk your life, would you do it?” This is the question posed to Mossad agent Eli Cohen (Sacha Baron Cohen) in Gideon Raff’s new Netflix series The Spy. Netflix has released the first trailer for the drama, which is based on the incredible true story of Cohen going undercover in Syria in the early 1960s to ferret out their secret initiatives aimed at Israel. The mission was dangerous, the stakes were huge, and for Cohen, the slightest misstep meant disaster.

Seeing Sacha Baron Cohen get serious in the role proves, yet again, how talented he is. He seems absolutely perfect as the brilliant but troubled agent, steeping himself in Syrian politics and culture, befriending high-ranking officials who hold the secrets to Syria’s future actions against his homeland. Yet the trauma of living a double life, and the danger it entails for both him and his family, weighs heavily on the undercover agent’s soul. The trailer is riveting. Check it out here:

THE SPY is inspired by the real-life story of former Mossad agent, Eli Cohen, who successfully goes undercover in Syria in the early 1960s. Cohen becomes close enough to ambitious military leaders and their rich friends to earn a game-changing level of trust about Syria’s biggest anti-Israel secret initiatives.

The series stars, Emmy-nominated Sacha Baron Cohen (Who is America?) as Eli Cohen, a man who wants nothing more than to be of service to his country, but he does his job so well that he finds it hard to strip off his double identity. Noah Emmerich (The Americans) plays Dan Peleg, Eli’s Mossad handler who tries to ease his own guilt over the sacrifices Eli makes, Hadar Ratzon Rotem (Homeland) portrays Eli’s wife, Nadia, who is left to raise their family on her own and knows something isn’t right about her husband’s government job, and Waleed Zuaiter (Colony) plays Amin Al-Hafz, a military officer who thinks he’s found the perfect ally in the undercover Cohen. THE SPY is written and directed by Emmy-winner Gideon Raff (Prisoners of War, Homeland and Tyrant) and Légende Films. The series is produced by Alain Goldman (La Vie en Rose).