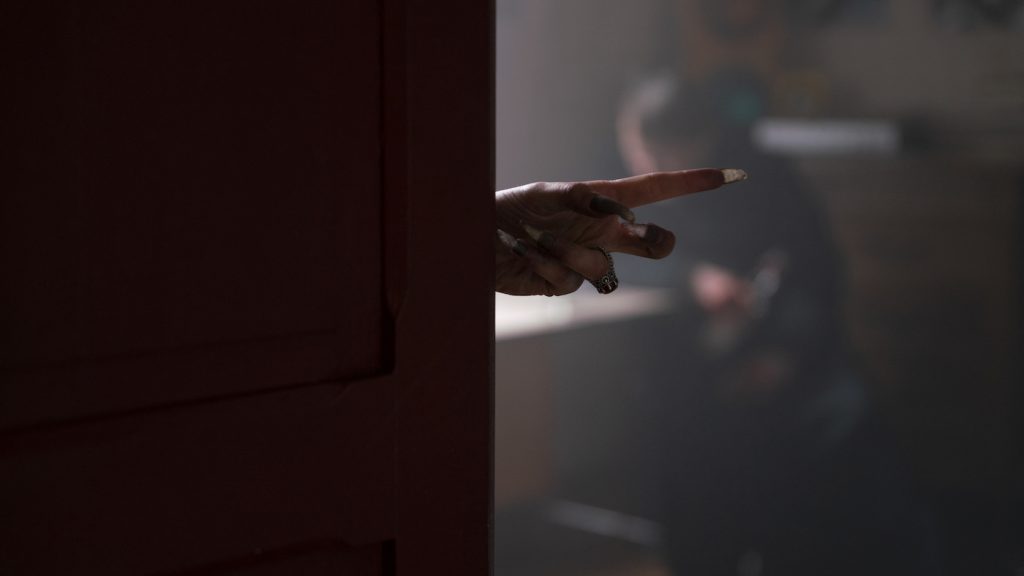 There is something sublime happening with Netflix’s new French horror series Marianne, as the first trailer attests. The premise is wonderful; a famous novelist is battling a soul-stealing witch by writing books. The thing is, the writer is having trouble figuring out how the protagonist of her novel, Lizzie, is going to vanquish the witch. Unless she can come up with that ending, the actual witch is going to make life a living hell for her.

For those of you who devoured Netflix’s The Haunting of Hill House and want more, Marianne looks like the logical next binge view. Directed by Samuel Bodin and starring Lucie Boujenah, Tiphanie Daviot, Victoire Du Bois (Call Me By Your Name), and Alban Lenoir, Marianne‘s first trailer is a deliciously creepy affair. Du Bois plays the novelist Emma, whose pen seems to be the only thing that can keep the titular witch at bay. Why are the characters in her book coming to life? How can she stop them? What will happen if she doesn’t? These are some of the questions Marianne poses. It seems no one is more invested in Emma’s continued writing than Marianne herself, which raises the ultimate question—what does Marianne want from Emma? This new series is coming at the perfect time, right as we dip out of summer and head into fall, when ghouls, ghosts and, yes, witches rule.

There’s also the joy of the haunted writer genre, with Stephen King’s iconic The Shining standing as the prime example of just how juicy a subject a writer’s subconscious can be.

When a horror novelist takes a break from writing, she discovers the demon from her book exists in the real world. This malevolent spirit named Marianne draws her home and insists she continues writing… or else.

The first eight-episode season debuts on Netflix September 13. Check out the trailer here: