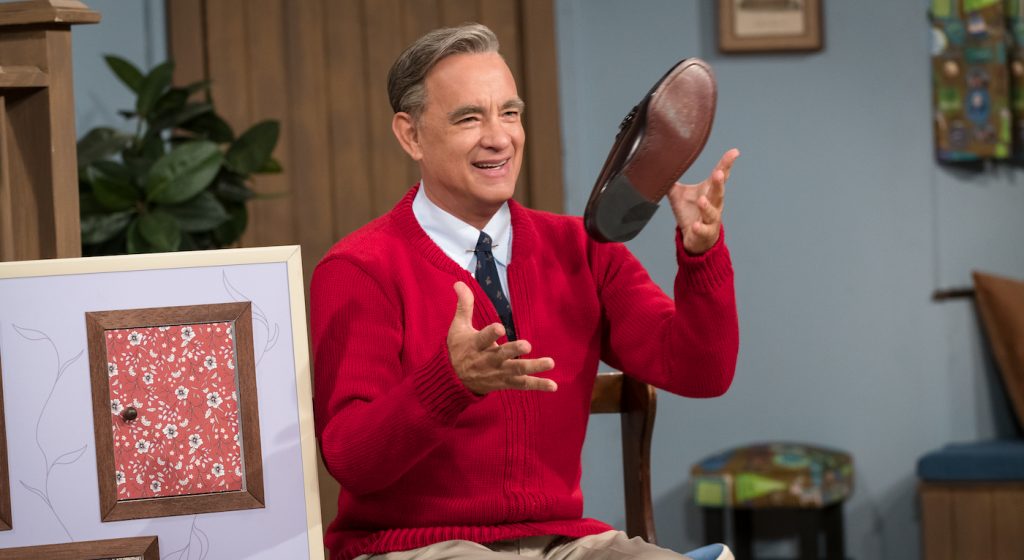 Tom Hanks is Mr. Rogers in A Beautiful Day in the Neighborhood‘s First Trailer

Morgan Neville’s Won’t You Be My Neighbor gave us insight into the late, great Fred Rogers only a year ago. The documentary felt like a sorely needed corrective on our current climate of anxiety, anger, and otherism. The life and work of Fred Rogers was essentially one long campaign for a better world, with Mr. Rogers focusing his heroic goodness, his belief that everyone is equal and worthy of respect, on children. If you were going to make a narrative film about Mr. Rogers, who might you get to embody the beloved Fred Rogers? There are a bunch of actors who could take on the role and do a great job, but only Tom Hanks seems like he should have the role. Which he does, in Marielle Heller (Can You Ever Forgive Me?)’s A Beautiful Day in the Neighborhood, which has released its first trailer.

A Beautiful Day in the Neighborhood focuses on the real-life friendship between Rogers and the journalist Tom Junod, played here by The Americans‘ Matthew Rhys. Junod was tasked with writing a profile of Rogers, and in the course of his work grew to know the man. It’s great to see the extremely talented Rhys, who was so compelling in The Americans, alongside the likes of Hanks. These two fine actors are reasons enough to see the movie. And of course, any film with Hanks will likely have a stellar supporting cast, and that’s true here. Chris Cooper, Enrico Colatoni, Susan Keelchi Watson and more round out this look at this relationship in Rogers’ life.

It’s also exciting that this film is coming from Heller, who has proven herself a nimble, ambitious director who seems perfectly suited to take an iconic figure like Mr. Rogers and give us something fresh.

Check out the trailer below. If you can make it through to the very end without tearing up, you’re made of stronger stuff than we are.  A Beautiful Day in the Neighborhood opens in theaters on November 22nd.