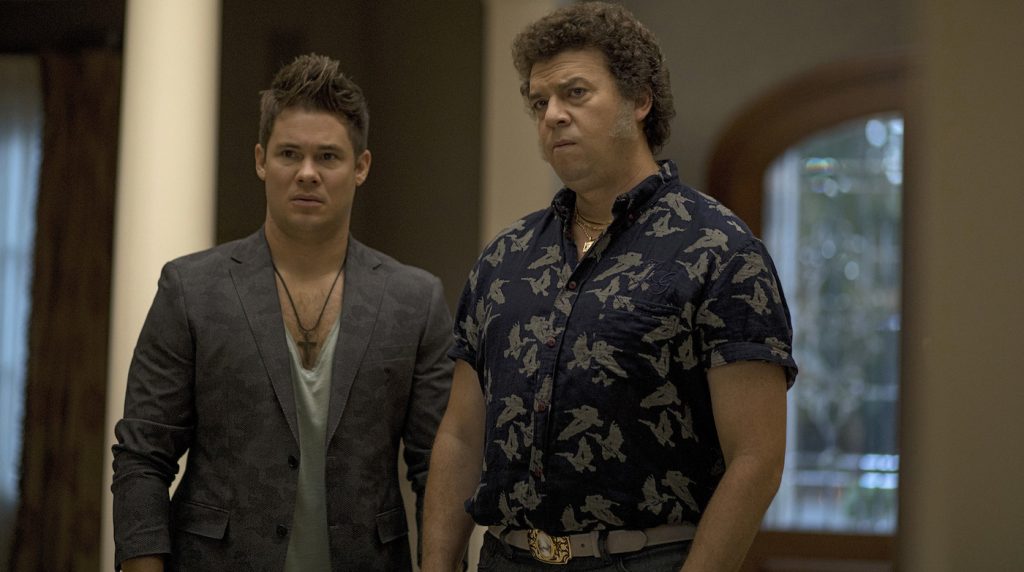 For all of you Eastbound & Down and Vice Principals fans, today’s going to be a happy one. Behold the first trailer for writer/director/star Danny McBride’s The Righteous Gemstones. McBride brings the funny to a family of famous televangelists who preach the Word while dabbling in illegality and many a sin on the side. The cast is excellent, including John Goodman, Adam Devine, and Edi Patterson. McBride has also assembled some of his favorite collaborators. There are reasons to be excited for this series and then some.

HBO describes the series thusly: The Righteous Gemstones is focused on “the story of a world-famous televangelist family with a long tradition of deviance, greed and charitable work.” The 9-episode season kicks off with an hour-long premiere on August 18, followed by half-hour episodes on subsequent Sundays.

McBride stars as Jesse Gemstone, the maverick son of Eli Gemstone (John Goodman), who has taken the televangelist empire his father has built and tried to modernize it. Edi Patterson stars as Jesse’s sister Judy, with Adam Devine playing younger brother Kelvin.

Joining this fantastic quartet are a bunch of great actors, including Cassidy Freeman as Jesse’s wife Amber. Amber was once a reporter, but now she’s committed to the church. Tim Baltz plays Judy’s fiance, BJ, while Tony Cavalero is an ex-Satanist named Keefe Chambers. His soul was saved by Kelvin.

McBride has also recruited his old Vice Principals co-star Walton Goggins for a role. Yeah, The Righteous Gemstones has all the ingredients to be a great new comedy.

McBride’s fingerprints are all over The Righteous Gemstones. The multi-talented writer/director and star is also serving as the series executive producer. McBride has brought along longtime collaborators Jody Hill and David Gordon Green—the latter of whom directed and co-wrote last year’s sensational Halloween with McBride.

The Righteous Gemstones debuts August 18 on HBO. Check out the trailer below.