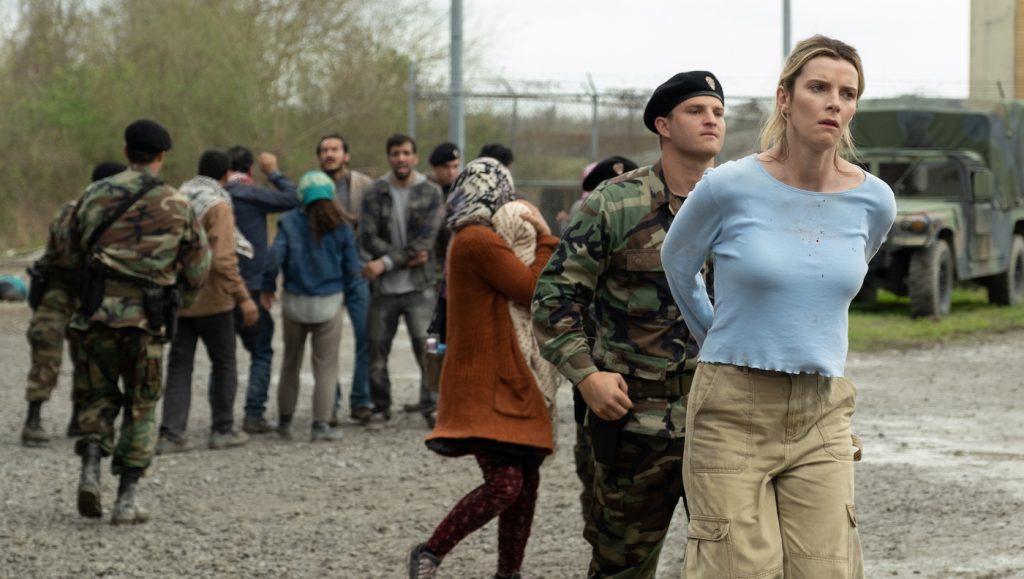 Imagine The Hunger Games, just much, much gorier. Also, swap out children for adults. Then, steep it in the kind of mind games beloved by Lost co-creators Damon Lindelof and Carlton Cuse. Now, run all of this through the production company that brought you, among other modern horror classics, Jordan Peele’s Get Out and Us, and you’ve got The Hunt. Produced by Jason Blum of Blumhouse Productions, and directed by Craig Zobel (Z for Zachariah), The Hunt posits a world where twelve strangers are plucked from their homes and dropped into the middle of a macabre game in which they’re the prey. Universal Pictures has released the first trailer, and it’s a doozy. Starring Betty Gilpin as the tough-as-nails southern girl scooped up in this brutal game, The Hunt looks to be more or less nonstop action. Check out the trailer here:

Lindelof is fresh off creating HBO’s sensational The Leftovers, with his adaptation of Watchmen due next. His involvement alone makes The Hunt intriguing, as does the great cast. Joining Gilpin are Ike Barinholtz, Emma Roberts, Glenn Howerton, Amy Madigan, and Hilary Swank.

Twelve strangers wake up in a clearing. They don’t know where they are, or how they got there. They don’t know they’ve been chosen…for a very specific purpose…In the shadow of a dark internet conspiracy theory, a group of elites gathers for the very first time at a remote Manor House to hunt humans for sport. But the elites’ master plan is about to be derailed because one of the hunted, Crystal (Betty Gilpin, GLOW), knows The Hunters’ game better than they do. She turns the tables on the killers, picking them off, one by one, as she makes her way toward the mysterious woman (two-time Oscar® winner Hilary Swank) at the center of it all.