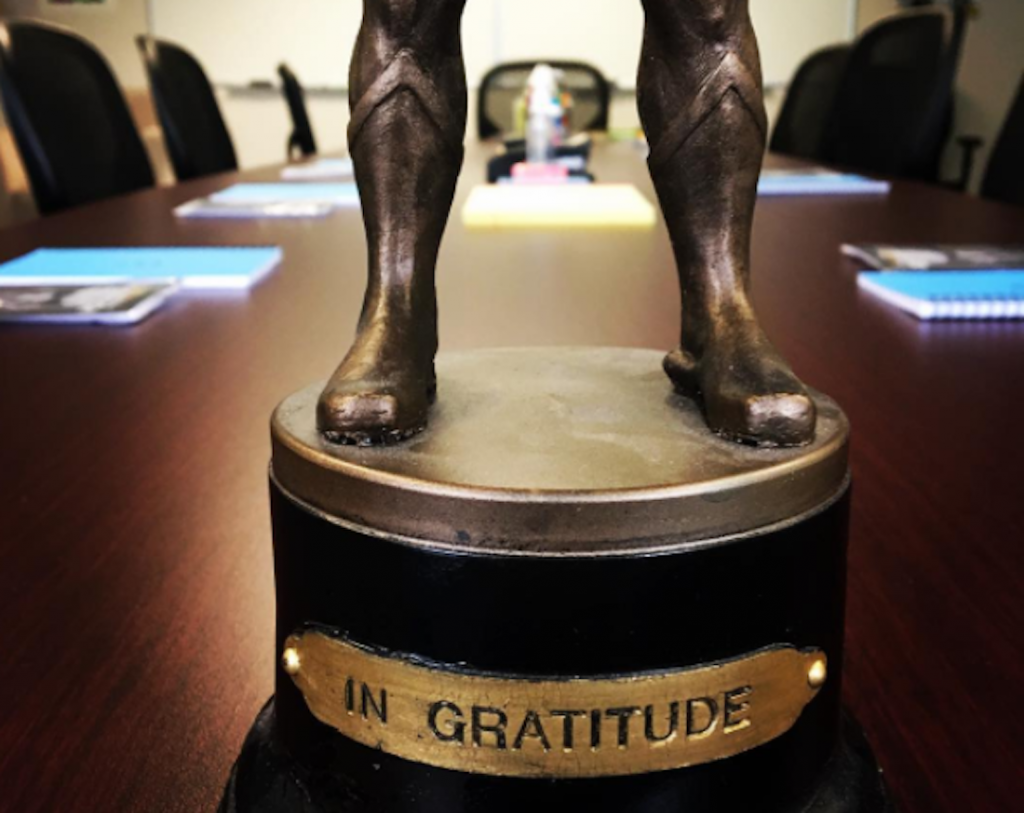 For those of us (and there are a lot of us) who adore “Watchmen,” the groundbreaking graphic novel by Alan Moore and artist Dave Gibbons, we’ve long thought the best medium for the material would be a TV series. Zack Snyder gave the material his best shot with his 2009 feature film, but there’s just too much good stuff, and weirdness, in the source material to fit into a film. This is why word that Damon Lindelof, fresh from his fantastic work on HBO’s near pitch-perfect The Leftovers, another series adapted from a brilliant author’s deeply odd book, was possibly bringing a Watchmen TV series to the network was so exciting, and now, folks, it looks as if our dreams have come true.

Lindeolf tweeted out an image from day one of production on Watchmen, and that image will be something that’ll make fans rejoice. It’s the base of the retirement trophy given to Nighy Owl, which, as Uproxx points out, the very image that was on the cover of Watchmen #8. 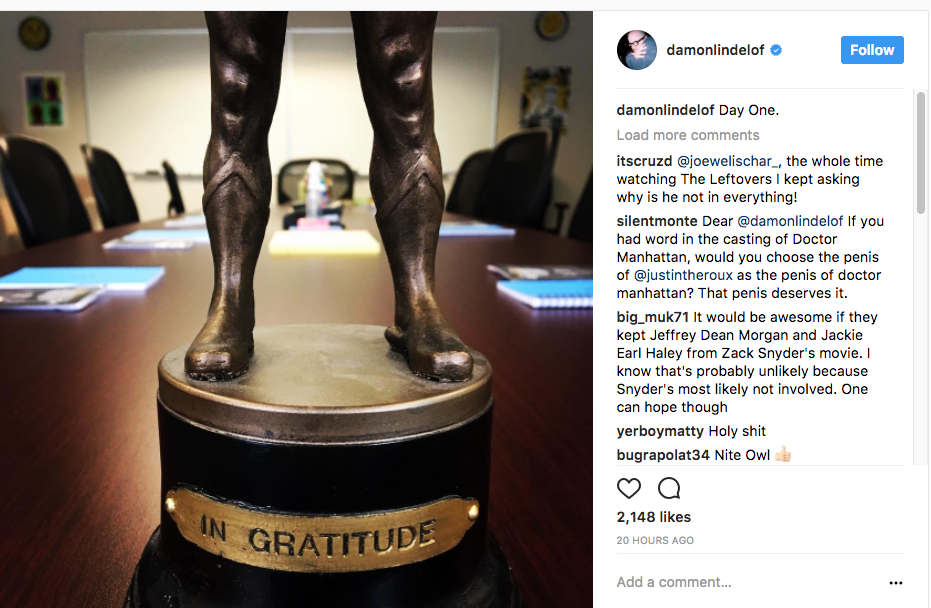 Collider broke the story that HBO was considering a Watchmen adaptation in 2015, at that time with Zack Snyder. Then earlier this year, word spread about Lindelolf’s involvement, and this is what he said to Collider about taking on the iconic material:

“I’ve been very vocal about my love for those 12 issues that eventually became a graphic novel, that they were completely and totally inspiring for all the storytelling that I did subsequently, and that I owe a debt to it. So is that piece of material something that’s really interesting to me? Yes, but I do feel like I have to weigh the balance of ‘Should it exist?’ before I decide to take it on, and I’m sort of in that process now. I hold the source material in such high regard it would literally be the worst feeling in the world to screw it up. So I take it very seriously, there’s a lot of responsibility.”
While it’s not quite official confirmation, Lindelof’s Instagram post is about as close as you can get without a press release that the writer seems to have figured out a way he thinks he can get the material right.”

Considering the image he tweeted, it appears Lindeolf found a way to honor the material. We’ll await official word from HBO before popping the champagne, but this seems like a done deal.