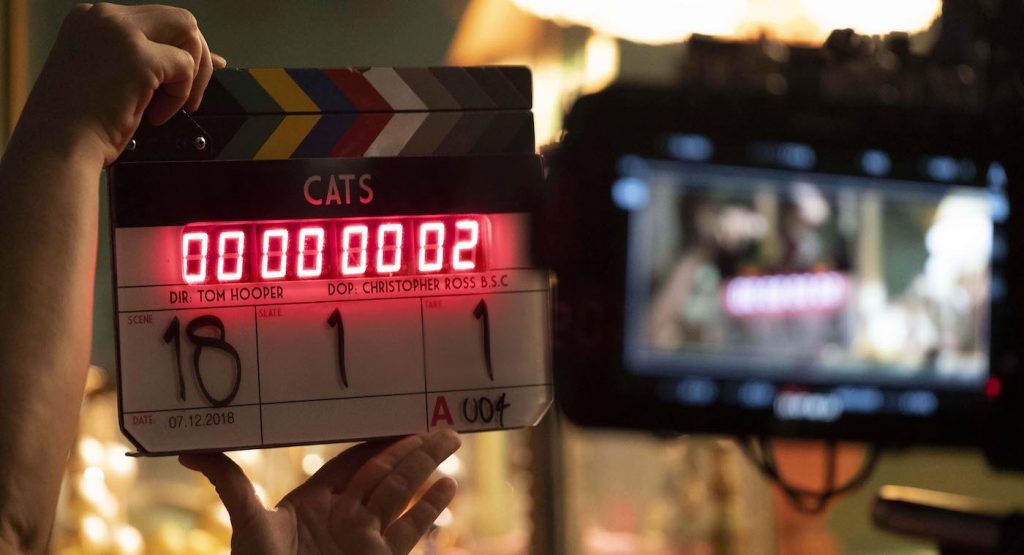 While Tom Hooper’s Cats is based on the legendary, long-running Broadway musical, you will not be watching stars made up to look like cats. Hooper has instead deployed the latest performance-capture technology to turn his star-studded cast into cats. This means the likes of Jennifer Hudson, Taylor Swift, Judi Dench, and James Corden will be felines. Their faces will be recognizable, but instead of having pasted whiskers and painted cat noses, they’ll have those things via startling VFX. Now we’ve got our first glimpse at the film thanks to a fresh trailer, so you can see for yourself what it looks like when a superstar like Hudson or Swift is rendered into a humanoid-cat (they still have human-length arms and legs). The other thing about Cats? These kitties have been shrunk to the size of actual cats so that the sets they’re performing on all look huge. Seeing Corden, as a cat, put his hand in a giant mousetrap is something else.

Hooper is no stranger to taking beloved Broadway musicals and ambitiously adapting them for the big screen. Remember his work on Les Miserables, which had the actors actually singing during their takes thanks to earpieces, which played the music in their ears. He also rendered the streets of Paris gritty and grimy. Here, Hooper co-wrote the Cats script with Lee Hall (Billy Elliot), and the first trailer reveals ravishing sets and varied dance styles, including hip-hop, tap, contemporary and ballet.

The wildest thing about this Cats trailer is seeing recognizable faces looking believably feline. Elba, Hudson, and Dench (!!) all look like cat-versions of themselves. It’s wild. As does Corden, whose Bustopher Jones is the film’s biggest, bawdiest cat by far.