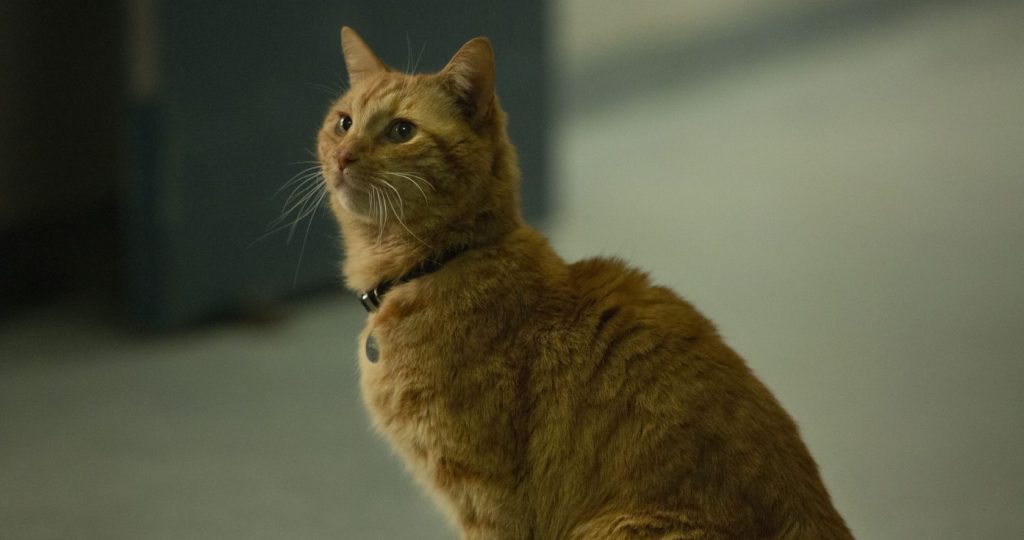 First, right off the bat, our featured image is of an actual cat from Captain Marvel. That’s Goose—who was played by four different cats. He stole most of the scenes he was in. Now Tom Hooper is one-upping Goose in a major way. In Hooper’s upcoming adaptation of the iconic Broadway musical Cats, the remarkably talented cast will be shrunk to the size of actual cats. This information comes from Universal Pictures’ mind-blowing presentation at Cinema-Con in Las Vegas. Think about it for a second. Jennifer Hudson, Taylor Swift, James Corden, Idris Elba, Judie Dench, and Sir Ian McKellen—all the size of cats.

So this is how the Oscar-winning director is going to translate a musical short on plot and heavy on actors dressed as cats to the big screen. Universal screened a behind-the-scenes video for Cats, which dove into Hooper plans on bringing the musical to the multiplex. In the video, the cast is wearing performance capture suits. This is the same technology that has turned Andy Serkis into Gollum, King Kong, and Caesar the ape. Imagine Jennifer Hudson and Taylor Swift singing their hearts out on camera. Now, imagine them turned into cats in post-production. It’s wild. It’s marvelous.

There’s more. The Cats crew built sets that were four times their normal size, to give the actors a “cat’s eye view” of the world. For a cat, chairs are big. Tables are bigger. A singing cat can easily belt out a number from atop a chair or beneath a table without worrying about breaking the former or bumping their little heads on the latter.

Hooper is no stranger to taking musicals and making them his own; recall what he did for Les Misérables. He had the cast singing live during filming, while piano tracks played in their ear—via an earpiece. Taking the likes of Hudson, Swift, Elba, and Dame Judi Dench and shrinking them into felines is bold.  Cats is a must-see come this Christmas.