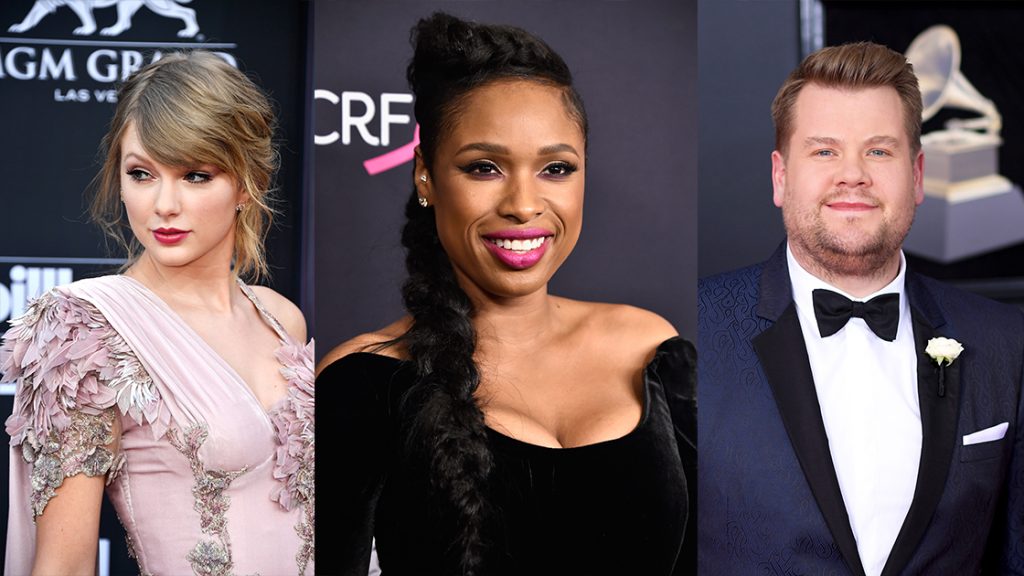 This could be the memory of a lifetime. Superstars of stage and screen are coming together for the ultimate Broadway classic. Picture Jennifer Hudson, Taylor Swift, James Corden, and Sir Ian McKellen together and what musical comes to mind? If you were remarkably thinking of Cats, you are psychic. I never could have predicted the news that the aforementioned performers will all adapt the phenomenon for the big screen.

It sounds like a ‘Crosswalk Musical’ on the Late Late Show with James Corden, but Deadline reported Tom Hooper would direct the Andrew Lloyd Webber musical. These are powerhouse talents to be sure, but none are particularly noted for their dancing. The show hinges on acrobatics and is nearly structured like Cirque du Soleil. Incredible costumes and iconic makeup punctuate the live experience. My mind is racing with possibilities trying to envision how it would read on screen. Will VFX or CGI morph the human performers to be more feline like? This sounds like a tougher task than giving a cat a bath.

The cabaret style revue is almost entirely songs and each are named for a different cat, with the exception of showstopper ‘Memory.’ Hudson will presumably play Grizabella and carry the soaring, tragic ballad. I would buy that recording no questions asked. Taking a stab here that McKellan has a lock on Old Deuteronomy as both are filled with gravitas. Now just throwing darts at a character list, but I’m going to put Corden in the role of mischievous Rum Tum Tugger and Swift as vocalist Bombalurina. Corden was excellent as the Baker in Rob Marshall’s Into the Woods adaptation. Of  course, Swift is unequivocally qualified as mother to Meredith and Olivia Swift. Coincidence a new Swift cat line of merchandise was released today?

Hooper delivered the first musical adaptation of Les Miserables, and for that I will be forever grateful. The French war epic is an entirely different beast, but Hooper’s approach surely couldn’t translate to Cats. The director focus tightly on the character experiences delivering Anne Hathaway with an Oscar. Cats could pull in during ‘Memory’, but otherwise, the spectacle is in the choreography.

Having aired all of my reservations, I really am interested to see this come together. Andrew Lloyd Webber has been previously adapted well. The live Jesus Christ Superstar was essentially a stage production, but was a definitive hit. I have unabashedly declared for years that Joel Schumacher’s Phantom of the Opera is the greatest movie musical of the modern age. If nothing else, we’ll get to see McKellen and Corden in whiskers and it will all have been worth it.