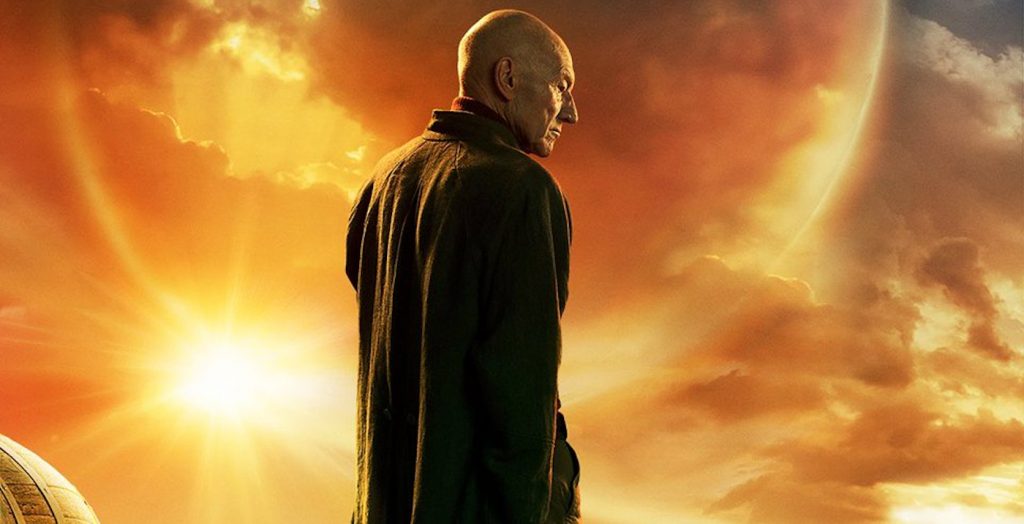 Jean-Luc Picard is back, and he’s not alone. The great Sir Patrick Stewart is reprising his role as the Starfleet’s most cerebral captain and he’s got a new best friend—a dog. A space dog, if you want to get technical about it. (How is ‘space dog’ technical? Good question—it’s just the way the pup is being described on the internet.) Stewart tweeted an image of a new poster for Star Trek: Picard and folks are freaking out—in a good way. Everyone loves Sir Patrick Stewart. Everyone loves Jean-Luc Picard. Everyone loves dogs. This poster is a win-win-win:

We learned a bit about where Picard’s been all these years from the first trailer. One of the more interesting things we found out is that, unlike the recent Star Trek films rebooted by J.J. Abrams’ films, which play out along a parallel timeline, Star Trek: Picard is set in Trek’s main timeline. This means the show will pick up where 2002’s Star Trek: Nemesis left off. We learned that Stewart “commanded the greatest rescue armada in history,” per a voiceover in the trailer. “Then, the unimaginable.” We don’t yet know who was speaking and what she’s referring to. A theory that sounds fairly sturdy is that she’s talking about the destruction of the Romulan homeworld of Romulus, which split the continuity from 2009’s Star Trek film.

So Picard has left Starfleet and retired to a life of making wine brooding. And he got a dog. 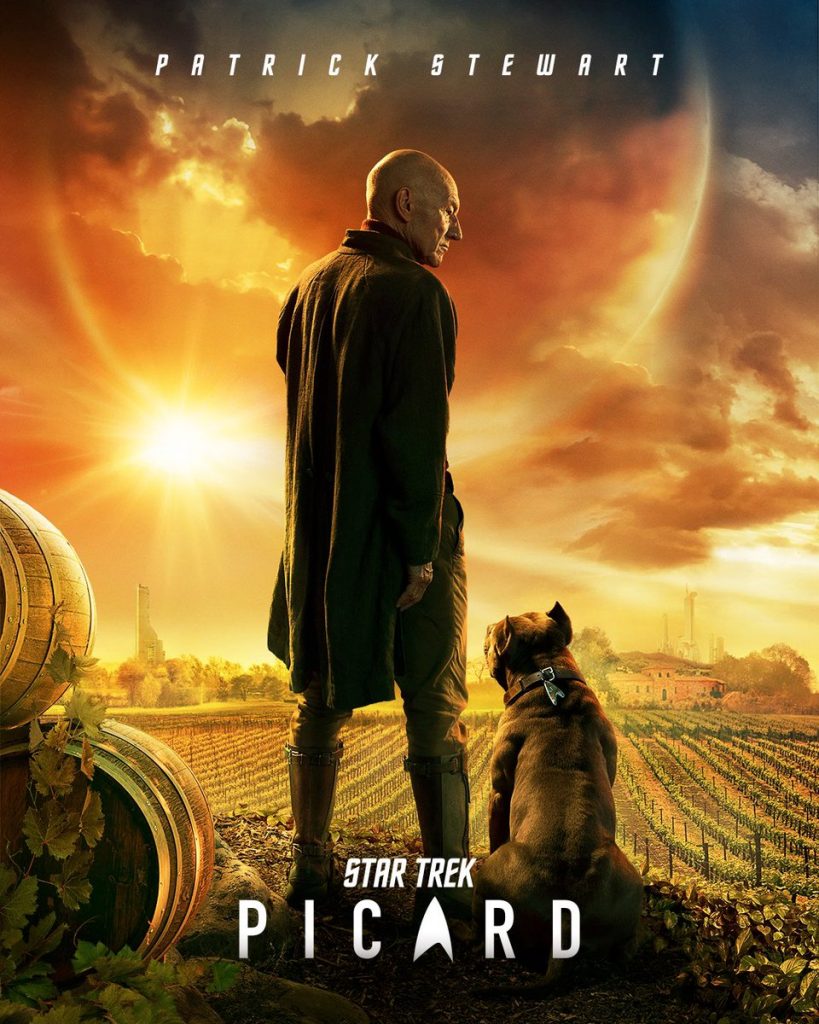