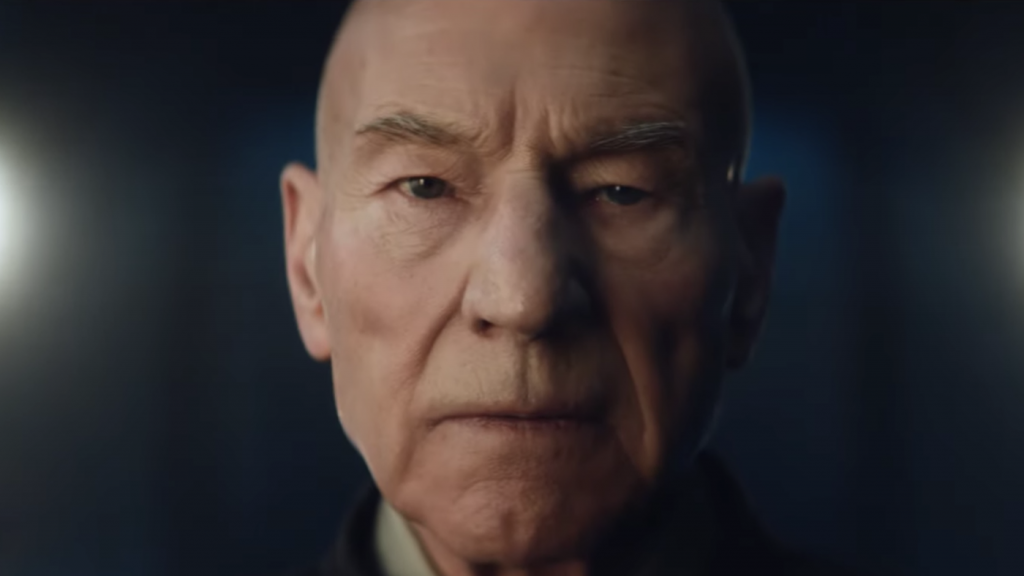 The captain is back.

Why did Picard leave the Starfleet? What happened to the rescue armada he was leading? How is the wine his family makes and can we get some? These are some of the questions that the new trailer raises. Unlike the recent Star Trek films rebooted by J.J. Abrams’ films, which play out along a parallel timeline, Picard is set in Trek’s main timeline and will pick up where 2002’s Star Trek: Nemesis left off.

“Fifteen years ago, today, you led us out of the darkness. You commanded the greatest rescue armada in history,” says a woman in a voiceover. “Then, the unimaginable.” Who is this speaking and what is she referring to? One prominent theory is she’s talking about the destruction of the Romulan homeworld of Romulus, which split the continuity from 2009’s Star Trek film.

Picard joins Star Trek: Discovery as CBS All Access reboots Star Trek for a new generation. Plunging the great Stewart back into the Star Trek world should excite fans of the older Treks as well as give new Trekkies a peek at one of the series most intriguing characters. Picard is joined by Alison Pill, Michelle Hurd, Evan Evagora, Isa Briones, Santiago Cabrera, and Harry Treadaway.

STAR TREK: PICARD features Sir Patrick Stewart reprising his iconic role as Jean-Luc Picard, which he played for seven seasons on “Star Trek: The Next Generation.” The new series will follow this iconic character into the next chapter of his life. Alongside Stewart, STAR TREK: PICARD will also star Alison Pill, Michelle Hurd, Evan Evagora, Isa Briones, Santiago Cabrera and Harry Treadaway.