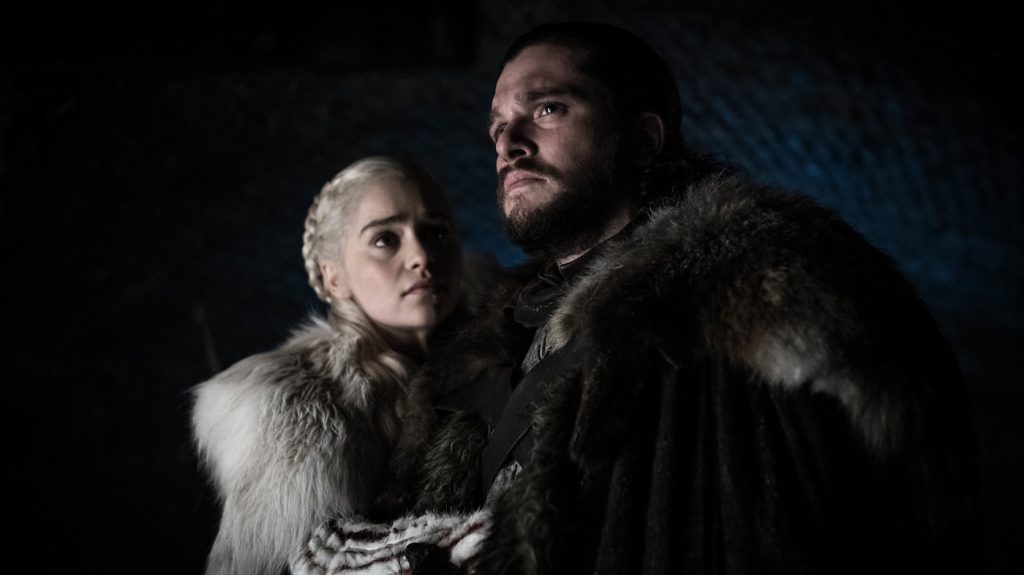 Game of Thrones has made history—again. The 2019 Primetime Emmy Awards nominations were announced, and HBO’s epic series, which came to a close this past May 19, hauled in a historic 32 nominations, breaking NYPD Blue‘s record for most noms in a single season. Emilia Clarke nabbed one for Lead Actress in a Drama Series, Kit Harington for Lead Actor, with Supporting Actress nominations going to Sophie Turner, Maisie Williams, Gwendoline Christie, and Lena Headey.

The juggernaut series also garnered nominations for behind-the-scenes work. Directing for a Drama Series nominations went to Miguel Sapochnik for the epic clash with the Night King in “The Long Night,” David Nutter’s work on the following episode “The Last of the Starks,” and to GoT creators David Benioff and D.B. Weiss for the series finale “The Iron Throne.” Benioff and Weiss were also nominated for Best Writing for the series finale.

Netflix fared well, again. Ava DuVernay’s outstanding When They See Us was nominated alongside Chernobyl, Escape at Dannemora, Fosse/Verdon and Sharp Objects in the Limited Series category. DuVernay herself was nominated for Directing for a Limited Series, as well as writing the fourth and final episode. It also garnered nominations for a slew of its actors. Jharrel Jerome picked up a Lead Actor in a Limited Series or TV Movie nom, while Niecy Nash and Aunjanue Ellis were nominated for Lead Actress. Vera Farmiga, Marsha Stephanie Blake, Asante Blackk, John Leguizamo, and Michael K. Williams all earned Supporting Actress/Actor nominations.

The 2019 Primetime Emmy Awards will air live on FOX on September 22nd.

TAGSGame of Thrones HBO Netflix When They See Us