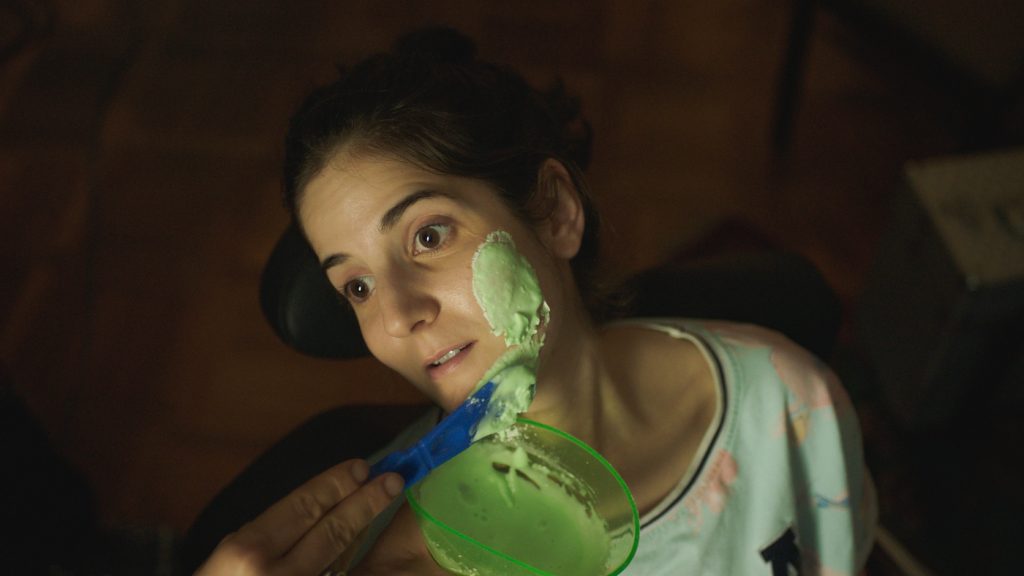 On June 30, New York City will celebrate the 50th anniversary of the Stonewall uprising, which catalyzed the contemporary gay rights movement as we know it. As a gay filmmaker and comedic performer who was born the year Stonewall took place, I’m thrilled that, especially in the last few years, mainstream entertainment has embraced a new unashamed and unfiltered breed of LGBTQ comedian. Case in point: The superb new HBO comedy Los Espookys.

Los Espookys is the brainchild of Fred Armisen, but it’s almost entirely written by Latinx queer writers and comedians Ana Fabrega and Julio Torres, who also star. The show chronicles the adventures of an oddball gang of pals living in an invented Central American-ish country who form Los Espookys, a “horror group” for hire. They stage genre horror stunts for clients with needs as various as boosting tourism, scaring an undeserving heir out of a fortune, and retaining a grant to study aliens. The series is sweet, weird, witty, unapologetically queer, and political, especially about the U.S.’s relationship to Central American immigration.

In the run-up to New York City Pride, I spoke to Fabrega about Los Espookys, and she opened up for the first time publicly about her experiences as a queer woman.

Are you going to be in New York City for Pride?

Julio and Fred and I are doing a live show in Los Angeles, and the New York show is Pride weekend.

This interview is part of our Pride-related coverage. How do you identify in terms of sexual orientation?

How long have you identified that way?

For a few years now. I suppose I’m a late bloomer [laughs].

How did you bloom?

I’ve never really talked to people about this, in this capacity—been interviewed and had this come up. I was 21 when I realized that I was attracted to women and to people that were not cis-men. When I was younger I thought that I was asexual because I didn’t even think that there was a possibility that I could not be straight. So I thought, “I just don’t like men that much. I guess I’m just asexual. I’m not attracted to anybody.” I dated some guys and stuff, but for the most part, I feel like I really kept to myself in that way. Then once I was a senior in college, I realized, “Oh I’m attracted to women and people that are not cis-men,” and then I ignored that for a couple of years. I was like, “Oh, no, I don’t want to deal with this.” And then a few years ago, it was like, “OK, I am suffocating. [Laughs] I’m going to start going out with women,” and then I did.

In some of the interviews about Los Espookys, you’ve talked about the queerness of the show. What does the word queer mean to you and how does it relate to the show?

I don’t know…it’s just, like, being yourself in an unapologetic and unfiltered sort of way. We weren’t following any specific rules. We didn’t have a structure that we were trying to adhere to or something we were trying to replicate. We were just writing what we wanted and what we liked. I feel like that is a lot of my queer experience: doing what feels right and not trying to follow any specific path.

You’re also Latina. We’re in a time where there’s a lot of anti-immigrant sentiment. Has that had any effect on how you see what you’re doing on Los Espookys or what you’re performing and writing in general?

When I make stuff, I don’t think of it as having a political agenda. Sure, some people will say it’s inherently political. I just hope that people see the work and maybe it resonates with them, and they like it. I was born in the U.S. My parents are immigrants and also, because I am white, I have had a different experience, as a Hispanic person and as a privileged one. I think perhaps that has in some way affected the fact I’ve never tried to kind of sell myself as a Hispanic comic. I don’t mean that it’s bad for people to highlight their nationality or ethnicity, but I’ve always worried that it would make it seem like, “Look at me. Shouldn’t I be elevated because of my sexuality or my nationality.” For me, I want to just make the things I want to make, and sure, I happen to be Hispanic, but that doesn’t affect the kind of thing that I create.

Los Espookys made me think of certain Pedro Almodóvar movies in that it’s stylish, self-consciously revels in drama, it’s deadpan. He’s obviously a big gay director. Was he part of your thought process or do you feel there’s any relationship to him even if it wasn’t conscious?

I’m sure in some capacity, of course, everything that I’ve seen has in some way affected my creativity, but I wouldn’t say that I felt like, “Oh, I want to make work like that.” I just liked it and responded to it for the same reason I like our show: It’s its own world with its own rules that aren’t over-explained. Things happen, and you accept it, and it’s not trying to fit a certain mold or replicate other styles, just being original. His movies are so beautiful, and that’s something for our show that we thought we definitely wanted it to be.

Partly I found my queerness through making films and videos with friends. I wondered if you found your queer community through the people you work with the art you make.

Yeah, I mean when I started doing stand up it was definitely when I became part of the queer community that I am part of now. I think that the scene especially at the time—I started doing stand-up like five years ago—there was a scene that had a lot of queer and people of color who felt very isolated from the standard comedy club culture and were putting on their own shows and doing their own thing. When I started seeing it, I was like, Oh, this is exactly where I want to be and the type of people I want to be around.

Are there queer comedians or artists that you particularly admire from a prior generation?

I didn’t grow up consuming a lot of work by queer people. I would watch Almodóvar movies but I didn’t know anything about him. I just would watch him and say, “Oh this is cool,” but I didn’t know his background. It wasn’t until I was older that I started to pay more attention and see who was making the things that resonate with me. The one that comes to mind is John Waters and people like John Cameron Mitchell. What queer women did I like? The women whose work resonated with me when I was younger are people like Miranda July who might be part of the queer scene but I don’t know if she’s necessarily queer.

Is there anyone in the queer comedy scene that you’d like people to know about that you’re particularly jazzed about?

There’s so many great queer performers and writers in New York. Julio [Torres] is someone who I love. Lorelei Ramirez is amazing. Amy Zimmer is so great. Max Wittert is an incredibly talented comedian and illustrator. John Early [of Los Espookys], of course. Theda Hammel, a musician who has a podcast that is so funny and so smart, called Nymphowars. There are so many people. I feel like you go to any comedy show in Brooklyn and you’re gonna find a handful of queer people in the lineup and the comedy is going to be great—not necessarily because they’re queer, but it will be a coincidence.

Having found yourself in the last few years, what advice would you give to young queer people who may not be certain of themselves?

Just do things at your own pace, when you’re comfortable, and that it’s OK. It’s OK. In fact, you will thrive afterward.

Los Espookys is now on HBO.