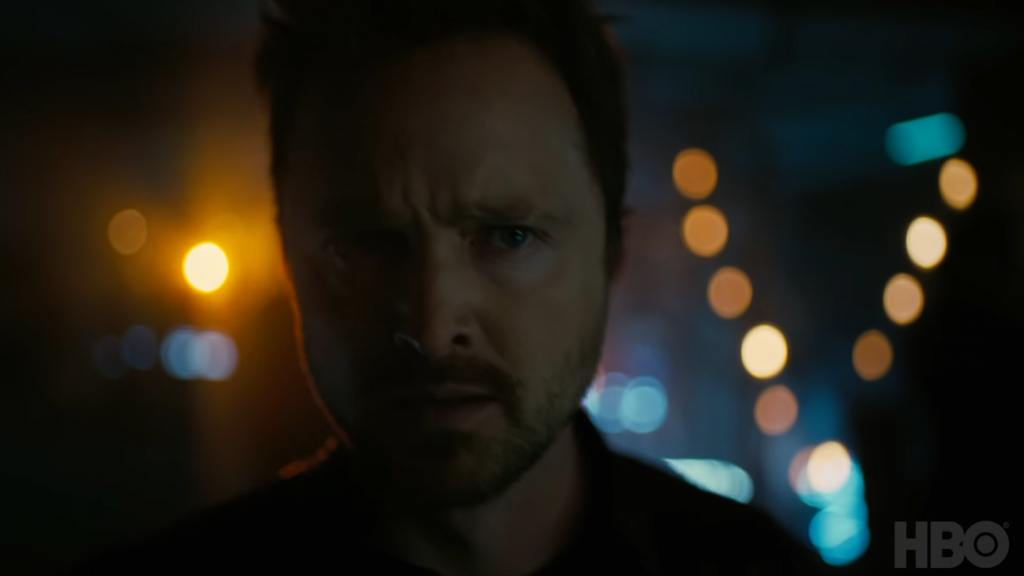 The first two seasons of Westworld took place in the various parks—Westworld, The Raj, Shogunworld—where humans pay top dollar to do what they like with and to their robot hosts. Those hosts rebelled—with a few becoming sentient—at the end of the first season. By season two there was a full-blown war on, which ended with two of our main robot heroes (or antiheroes in Dolores’ case, perhaps), Thandie Newton’s Maeve and Evan Rachel Wood’s Dolores (via the body of a look-alike Charlotte Hale, played by Tessa Thompson), breaking out into the real world.

The third season will go in an almost entirely new direction, focusing on Aaron Paul’s new character at the center. The trailer introduces us to Paul’s seemingly regular guy (to Pink Floyd’s “Brain Damage” no less) saying in voice over how the world is “rotting to pieces.” We see him working construction, alongside a robot partner. We hear him complain about how the promise for a better world was a lie.

If this show wasn’t Westworld, I’d still be excited about this trailer. Paul’s despondent character appears to be turning to a life of crime in a futuristic world that’s less sci-fi dystopia than it is a hyper version of the benumbing, techno-centric world we already live in. But the excitement is jacked up several notches when he runs into Dolores (now back in her original body), supplying a genuine shock, which is both rare and delicious.

This is a bold move by showrunners and co-creators Jonathan Nolan and Lisa Joy. Check out the trailer below. Westworld Season 3 arrives in 2020. Newcomers also include Lena Waithe and Vincent Cassel.