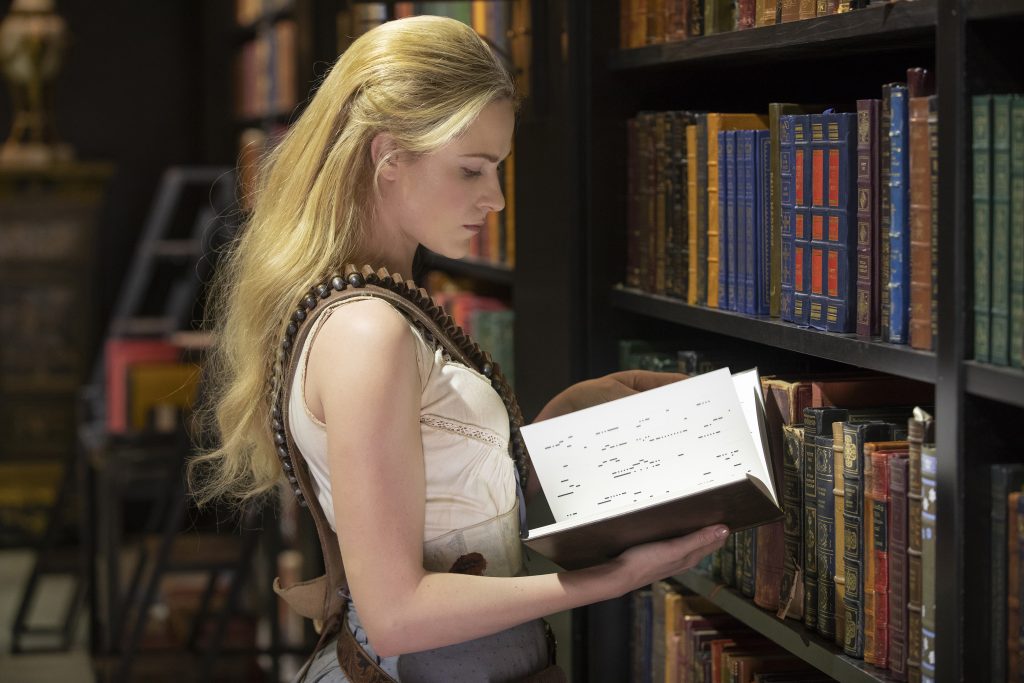 Westworld is bizarrely satisfying for being so mysterious. This season cracked open the world far beyond the park and led us to what lies beyond. As we cross the threshold of The Door and peer into season 3, here are the biggest mysteries left after the finale. Stop now if you haven’t seen season finale, ‘The Passenger.’

The future of Westworld is unlikely to continue in Westworld. The hosts have escaped and left devastation in their wake and have pretty much moved on. What was most interesting to me this season was unraveling the true intentions of the Delos technology. Enticing wealthy vacationers to live out their most sinful fantasies on a town of robots seems like enough of a hook, but of course, Delos had to push it a step further. The end goal was a form of immortality, but fiddle with artificial intelligence and it’s sure to outsmart you. No one suffered more from this realization than James Delos (Peter Mullan) himself, who was doomed to infinite madness. This leaves the question, what will happen to the parks? Will a government finally intervene in the bloodshed? Or will the problems the hosts create in the world beyond make Westworld a moot point?

Where is the Sublime?

The Sublime is a hugely intriguing idea and one that I hope is explored further. The digital world meant only for hosts is a crazy idea. Maeve literally died to send her loved ones to the safe haven, a two season destiny that was finally fulfilled. Dolores called the utopia a ‘gilded cage,’ but then hid it from humanity. What does she plan to do with it and will humans ever find a way in? The Delos parks had some intriguing rules, and the Sublime could be even more strange. Stay with me here, could we all be in a form of Sublime and how would we know? There’s a lot of potential for what happens inside that secret realm and I hope we go back one day.

Who did Dolores smuggle out of the park?

Along with that mind-bending William revelation, Dolores snagging a handful of host pearls was the real cliffhanger of the season. Who did she choose and why did she choose them? Was it people she cares for, hosts she needs to continue her mission, or something even more surprising? Lisa Joy confirmed that the five balls are hosts, but who are they? Teddy is safely in the Sublime and Bernard is free. As attached as we have grown to some hosts, and we could all pick our favorites, there are likely some wild cards here. To perpetuate the story, Dolores may have grabbed some hosts we haven’t met yet. This opens up new possibilities and could give us a new perspective on things we’ve already seen. Will flashbacks introduce us to Westworld secrets yet unseen?

What was Stubbs role in the park?

Ashley Stubbs was the Rick Deckard of Westworld. You could argue that he wasn’t a host as it isn’t completely verified, but you would have a weak case. Stubbs confronted Dolores, who is inside Hale’s body at this point, as she smuggled the pearls out of the park. He seems to be acting as a guard, but in the end, he fails to notice anything strange—likely by design. Ford seems to have created him to not let hosts pass until they are truly ready to move beyond the park. Dolores is undoubtedly the most advanced host and her time to leave has come. What will Stubbs role be going forward?

How does real William die and will he perfect becoming a conscious host?

William’s fate is the most complicated by far. Emily seems to indicate that a lot of time has passed and William has relived this loop many times before. Of course, it’s heartbreaking loop that ends in him killing his daughter. William has been the central twist of both seasons now. First, revealing that there are multiple timelines to Westworld and now, that he has almost certainly become a host. William seems to be on his own timeline with his own missions for much of the show. While he is off dealing with his own personal demons, it always seems to unlock the big picture moments of the show. We’ve learned now to keep a closer eye on his storyline from now on. Godspeed, William. May you one day live a loop where you don’t kill Emily and finally find peace.