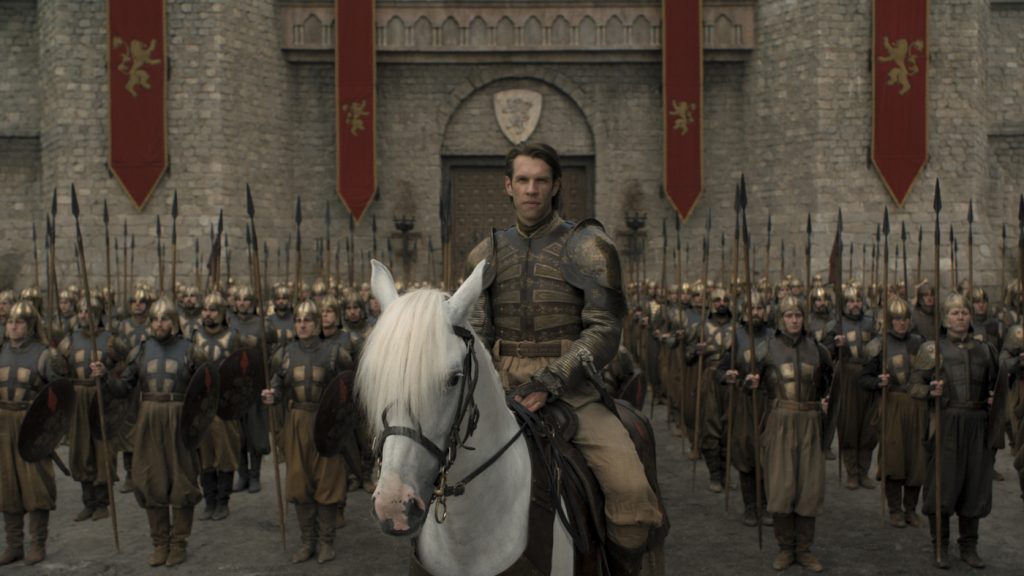 There are but two (two!) episodes of Game of Thrones remaining. The Great War has come and gone, and now only the Last War (unlikely) remains. Dany has but a single dragon left. Her relationship with Jon is frayed. Tyrion hasn’t made a good decision since spring (you know how long winters last in Westeros). The survivors of the war with the Night King are exhausted. Everything in the Seven Kingdoms is, as always, in flux. And lo, who is that man in his golden armor, at the head of a golden army? That is Harry Strickland, briefly introduced episodes ago. He is the head of the Golden Company, sellswords from Essos, and he has given Cersei Lannister a major military boost. He has not brought elephants, to Cersei’s chagrin, but one worries he might be a better military leader than Jon Snow by a mile.

HBO has released new photos from Game of Thrones penultimate episode. They are a study in what a good night’s rest will get you. Our heroes, your Jons and Danys and Tyrions, all look spent and spooked. Cersei Lannister, however, looks fresh as a daisy. Such is the benefit of sitting out the Great War and waiting to fight whatever’s left. From this vantage, Cersei’s plan seems sound. She’s already won the first decisive battle, killing Rhaegar in a sneak attack and capturing and executing Missandei for reasons that make a lot less sense. But that’s Cersei for you. She’s made herself a mortal enemy of Dany, but she’s also outmaneuvered her thus far. One photo below shows five scorpion guns on the parapets of King’s Landing. That’s five dragon-killing guns for one dragon.

There are loose ends about, however. Loose ends tend to bring folks to loose ends. Recall those old travel buddies the Hound and the Savior of the Seven Kingdoms, Arya Stark, are headed south. So too is Jaime Lannister, for reasons we can’t be sure about just yet. He told Brienne he was off to stand by his sociopathic sister once more, but do we really believe that? Do we believe Jaime’s long bend towards decency has all come undone at the end? And perhaps Dany and Jon have learned a thing or two from their heedless battle tactics. Lesson one: don’t fly your last remaining dragon into danger as if he’s invincible because he is not.

The Last War is upon us. If we believe the battle will last but a single episode, that means the finale will deal with the aftermath. Who will sit on the Iron Throne? This has been the question since the pilot. It was made to seem absurd in the face of the Night King’s existence, but thanks to Arya we’ve returned to it. Will Dany’s vision of the Iron Throne melting come to fruition? If so, who will do the melting? For 7 seasons we followed her on her quest to free slaves and break the wheel. Then, abruptly, she’s been cast at something of a wildcard and potential lunatic in season 8. Here’s to hoping that if the Iron Throne is indeed destroyed, the woman who has worked her whole life towards it plays her part.