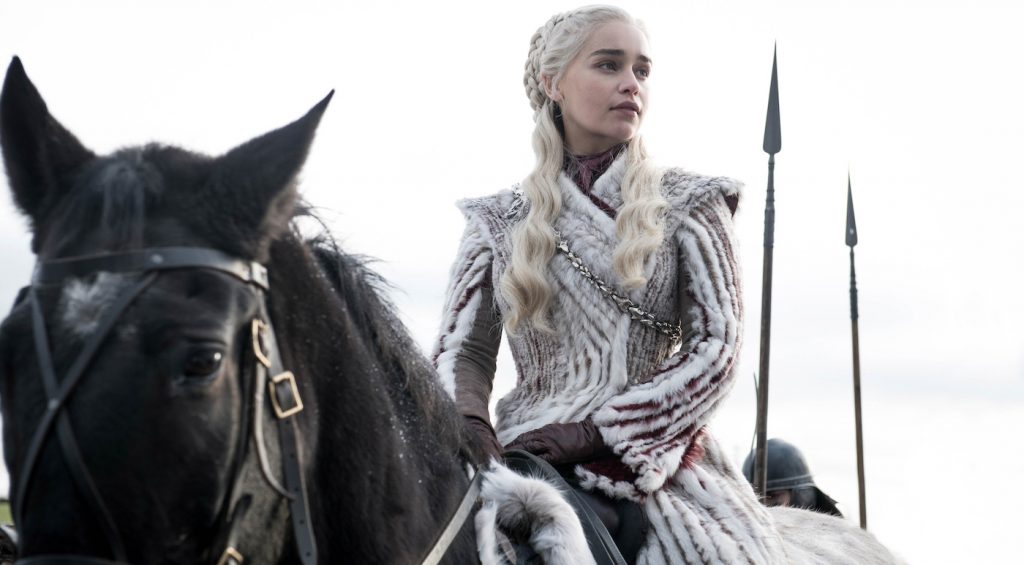 True to its title, the first new Game of Thrones promo is all about survival. Here we get a remix of sorts of some of the more thrilling moments we saw from the season 8 trailer. You’ve got Jon Snow (Kit Harington) standing before the weirwood tree in the godswood of Winterfell. There are brief shots of Cersei (Lena Headey) and Qyburn (Anton Lesser), looking smug and sinister both. There’s Grey Worm (Jacob Anderson) suiting up for the coming war. There’s Drogon flying over Winterfell and Sansa Stark (Sophie Turner). And we revisit Arya again at the end, running through what appears to be the Winterfell crypt, looking terrified.

For our money, the most arresting moment in this promo isn’t an image but a string of words at the end. “This goes beyond loyalty. This is about survival.” True enough, Jaime Lannister (Nikolaj Coster-Waldau). Does this mean Jaime will be turning on Cersei at some point in season 8? It’s one of the more juicy, and likely, scenarios.

You could almost view the second promo, “Together,” as a plea to Cersei. The ice queen of King’s Landing was presented with a wight right there in the Dragonpit in the final episode of season 7. She’s seen the dead and now knows—or should know—who the true enemy is. Yet when season 7 ended, she was once again up to her old Machiavellian tricks. She had promised Jon and Daenerys (Emilia Clarke) that she’d fight alongside them against the Night King. In reality, she’s plotting to use the Golden Company to take firm hold of the Iron Throne while Jon and Dany fight the dead. For Cersei, the goal is always to thwart her perceived enemies—any human or House— that doesn’t bend the knee.

“We must fight together now, or die,” says Tyrion Lannister (Peter Dinklage), stating the obvious lesson from all he’s learned. Yet will his sister ever realize what’s truly at stake at any point in season 8? If Cersei doesn’t, she might live just long enough to see both her brothers turn on her in the end.