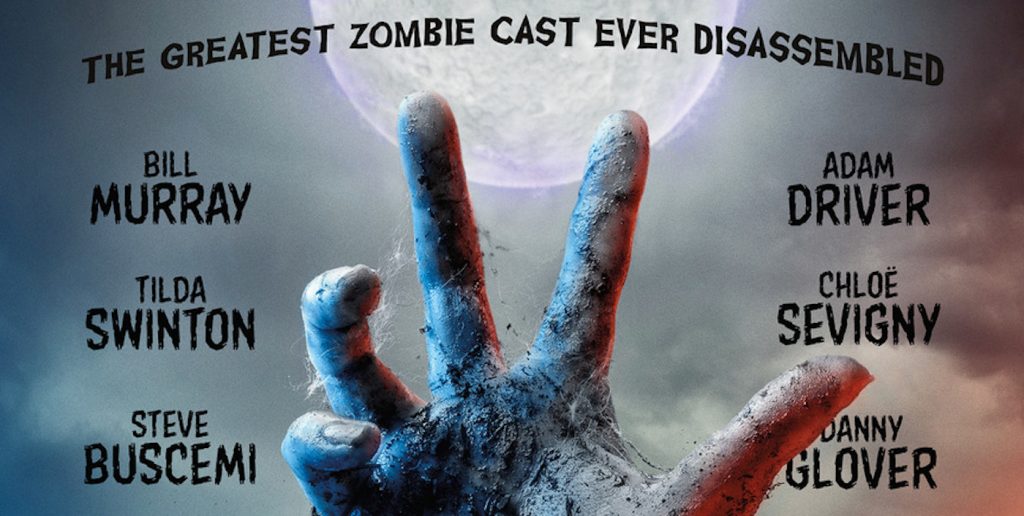 Is this the best cast ever assembled for a zombie movie? Yes. Yes, it is. Or, “disassembled,” as the film’s poster would have it. A zombie movie with the likes of Tilda Swinton and Steve Buscemi? Bill Murray and Adam Driver? Musician-actor phenoms Iggy Pop, RZA and Tom Waits? Jarmusch has a way of taking genres and making them cooler, funnier and weirder. He’s done it for westerns (1995’s Dead Man), he’s done for crime dramas (1999’s Ghost Dog: The Way of the Samurai). More recently, think of what he did for vampires in 2013’s Only Lovers Left Alive. In that film, Swinton and Tom Hiddleston played a pair of vamps who survived by drinking bottled blood. They weren’t brooding, miserable bloodsuckers, they were blood enthusiast artists. They were cool, they were stylish, they were fantastic.

Vampires are, of course, a much more aesthetically pleasing group than zombies. Yet Jarmusch loves nothing more than to tweak a genre and reveal what’s inherently absurd about it. Welcome to Centerville (Ohio?). “In this peaceful town, on these quiet streets, something terrifying, something horrifying is coming,” a voiceover narrates at the start of the first trailer. The zombies in Jarmusch’s telling “gravitate towards the things they did when they were alive.” We see some zombies attempting to play tennis. Another zombie (Iggy!) is going for a pot of coffee. A third zombie (played by the delightful Carol Kane) is after…chardonnay. Meanwhile, Tilda Swinton plays a Scottish mortician with katana skills. Murray and Chloë Sevigny play fellow cops, and the three of them, along with Swinton’s sword-wielding Scot, appear to make up Centerville’s best chance at survival. What more do you really need to know?