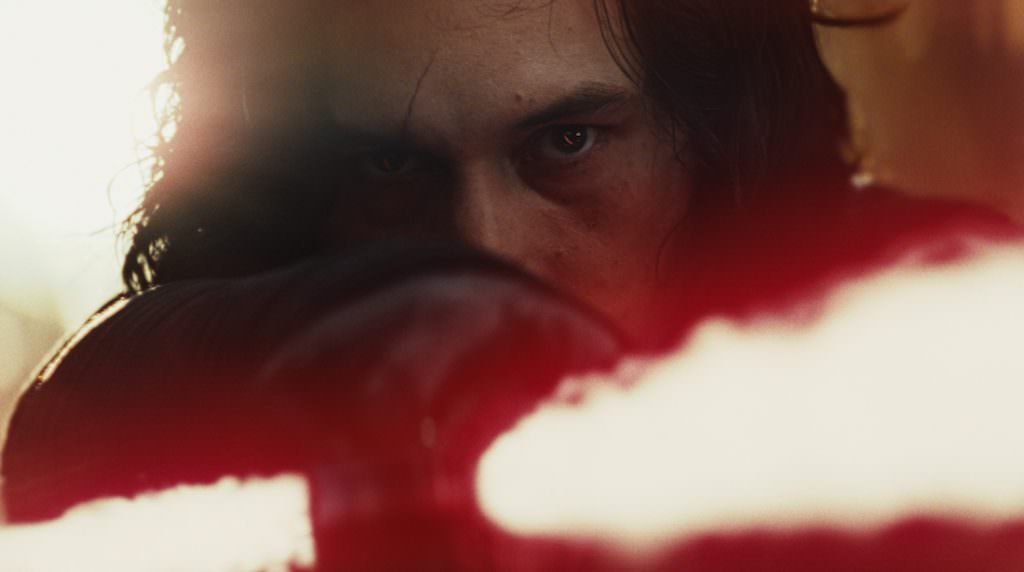 As Kylo Ren, Adam Driver is one of the central figures in the new Star Wars trilogy, embodying the petulant, powerful Sith Lord wannabe, a Darth Vader acolyte and potent user of the Dark Side of the Force. He’s also an excellent promoter, helping goose interest in a franchise that needs little help by talking about all the things he loves, and we should be excited about, in Rian Johnson’s upcoming The Last Jedi.

"It’s similar to how The Empire Strikes Back has a different tone. For that people always go “oooh, it’s dark” but I don’t know that it necessarily is. It’s just different in tone in a way that I think is great and necessary but also very clear. He trusts [that] his audience is ready for nuance and ambiguity. He’s not dumbing anything down for someone and that’s really fun to play. Rian is coming into something that we kind of set up and he just took it to the next level in a really great way. He wrote it, too, and Rian’s writing is so clear. I learned a lot of things about my character through his writing. Some things we talked about before and some things we didn’t. He was working on [the script] while we were still working on the first one. To understand what J.J. was doing and take ownership from there is kind of a remarkable thing."

Driver went on to discuss how he tackled being a part of such an epic franchise, and how J.J. Abrams and Rian Johnson helped him get comfortable with the role by standing grounded, and focusing on his character and going moment-to-moment:

"The stakes are even higher, I think. No one’s relaxing. Well, I can’t speak for everyone, but I didn’t feel more relaxed as if we’d accomplished anything. It’s one more reason we have to redouble our efforts and just make it even more specific, but then you also have to let it all go and not think too much while you’re working on it. It’s the same thing you do when you’re working on something like Jim (Jarmusch’s) movie, too. I think I said something like this to you last year, but I remember being very overwhelmed by the idea of working on something [like this] where the scale was so big. I remember calling J.J. and saying, “I’m overwhelmed by the machine of it” and him basically saying that we’ll break it down into pieces and solve it in these little moments. One moment will lead to this moment and then that moment will lead to this moment and at the end of it hopefully we’ll have a movie. Of course, that’s like working with anything. The scale is bigger, and obviously the catering and the trailers are better when compared to a smaller independent movie, but that doesn’t matter. You’re not watching a movie thinking about how they had really great trailers, or about their catering, you’re trying to follow these moments and follow these characters. So working on it, even though the scale is different, the approach to making it is the exact same. And I feel like I’ve been lucky working with J.J. and Rian, who are two people who get that instinctually. It’s not my job to worry about the bigger picture or what it means or try to appease a certain group of people. It’s my job to read the script, be prepared, and be generous to the other people that I’m acting with in order to tell the best version of the story that Rian came up with. Then whatever it means and whatever meaning people attach to it, by that point it’s not my responsibility."

In a recent interview with The Huffington Post, Driver had more to say about The Last Jedi:

"I said what Rian had written was remarkable. He created new rules for the Star Wars universe and balanced the familiar and unfamiliar very adeptly while respecting that his audience can handle ambiguity. Which you can see in his previous films. Characters and story are his priority."

What might these "new rules" be? We've already seen how Johnson is handling a brand new planet, and how, unlike the iconic Mos Eisley cantina scene, he's flipping it on its head and showing us a very rich city where aliens from all over (those that can afford it) live in luxury. Johnson has already said not to expect The Last Jedi to follow The Empire Strikes Back's model—the only film in the original trilogy with a dark, ambiguous ending. Yet the trailer indicated that The Last Jedi would be decidedly moodier than The Force Awakens. Naturally Disney will keep this all under lock and key until the December 15 release. Until then, we'll keep you up to date with any new information that comes out.