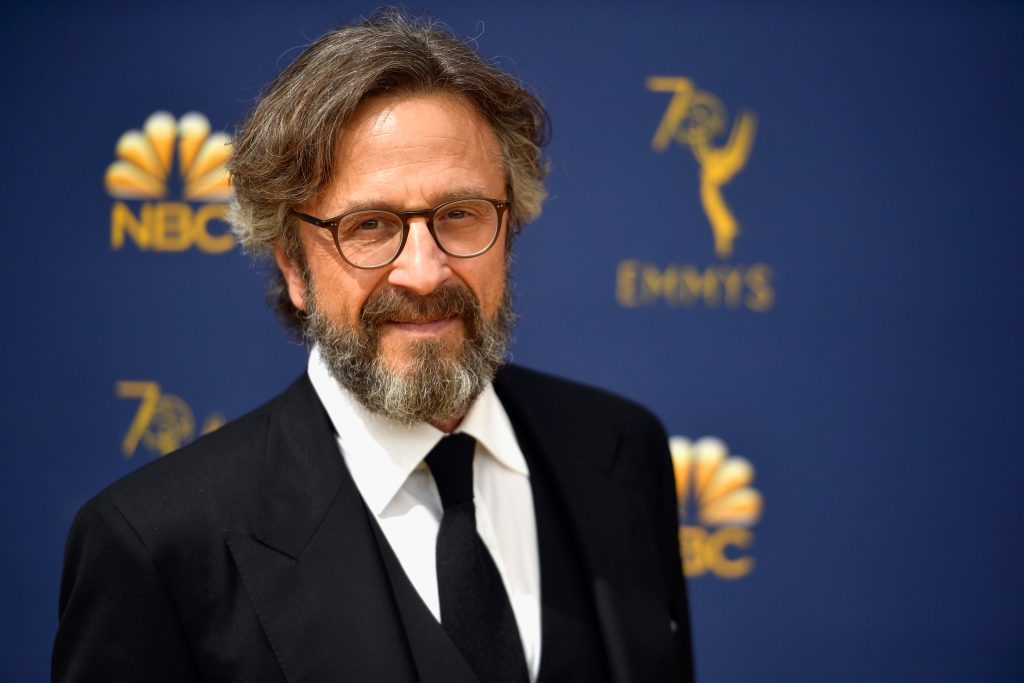 Superhero movies aren’t for everyone – including Joker star Marc Maron. The entertainer opened up to NME about what changed his mind when Todd Phillips’ took on the iconic Batman villain.

“I think it’s a very interesting approach to this world,” Maron told the site. “I’ve been somewhat judgmental when it comes to comic book movies and I’ve got a little pushback in the press for being a hypocrite. Whatever I think, if you get a call and someone says, ‘Hey do you wanna do a scene with Robert De Niro and Joaquin Phoenix?’ your principals fall to the wayside.”

Maron may be willing to make an exception for Hollywood greats, but Phillips’ approach to the story also persuaded him. The origin story of the Joker usually involves a criminal falling into a vat of chemicals that physically and mentally transforms him into the green-haired monster we know today. The toxic waste does a number on his body and mind making him violently unhinged.

Maron’s description of the new spin is free of nuclear sludge. Instead, Joker appears to be a psychological exploration of a man who is criminally insane.

“The approach that Todd Phillips has taken is more of an origin story and a character study of a mentally ill person that becomes The Joker,” Maron explained. “It’s more of an intimate and gritty movie with a very specific scope. It’s going to be really interesting to see how it comes out.”

Based on these comments, we’re envisioning something more along the lines of The Dark Knight than Batman vs. Superman. Christopher Nolan’s masterpiece driven by Heath Ledger’s performance was a near perfect crime movie that just happened to have familiar comic book characters. The Dark Knight proved that there is no supernatural prerequisite to making a story that is terrifying. Just an unhinged character who is focused on destroying the lives of innocent people can chill us to the bone.