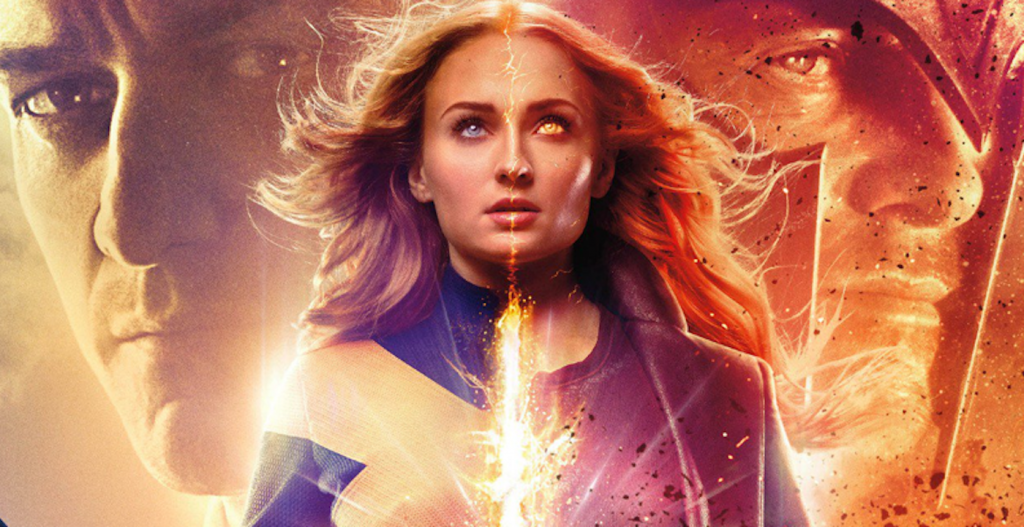 While nearly all the focus in the superhero world has been mostly Captain Marvel-related, there’s another super powerful superhero ready to rise. Fox has released a new poster for writer/director Simon Kinberg’s Dark Phoenix, starring Sophie Turner as the X-Men’s most potent mutant, Jean Grey. The poster hints at Jean’s divided nature, between her controlled self and the uncontrollable Dark Phoenix force.

The two different looks include two specific callouts: on the left-hand side, you’ll see the new X-Uniforms inspired by Frank Quietly’s design from the comics. On the right, Jean Grey is sporting a look we last saw in X3: The Last Stand:

The coat is reminiscent of what Famke Janssen wore when she became the Phoenix The Last Stand. That film was the first time we really got see just how powerful Jean Grey is. In that timeline, it was up to Wolverine (Hugh Jackman, natch) to stop the Phoenix. He did this by killing his beloved Jean. In this new take on Jean’s calamitous evolution into the Dark Phoenix, Turner had this to say about her titular role at this year’s New York Comic-Con:

“I felt a lot of pressure. I knew Simon [Kinberg] was taking me out to lunch and I wondered what this is about. He sits me down and says it’s ‘Dark Phoenix,’ no ‘X-Men.’ Just Dark Phoenix. It’s such an honor. I know it’s one of the most loved stories in all of the X-Men universe. For Simon to trust me enough to take on that responsibility, I wanted to do the fans of the comics justice.”

Turner revealed that Jean’s struggle in Dark Phoenix will be a hugely emotional one. Before the accident in space that causes her, in the cast’s parlance, to ‘phoenix out,’ she’s stable and happy. All that changes once she comes into contact with the Phoenix force.

“When we open the movie, Jean is a teacher at Xavier’s (James McAvoy) School for the Gifted,” she said at NYCC. “He’s a paternal figure to her and more in this. She’s in a very secure place in her life, but everything goes haywire when this cosmic force arises.”

Now you’ve got a look at the double nature of Jean Grey in this new poster. We’ll be here for you once the new trailer posts today, which we’re expecting to include some of the footage we caught in the 13-minute clip revealed at NYCC.