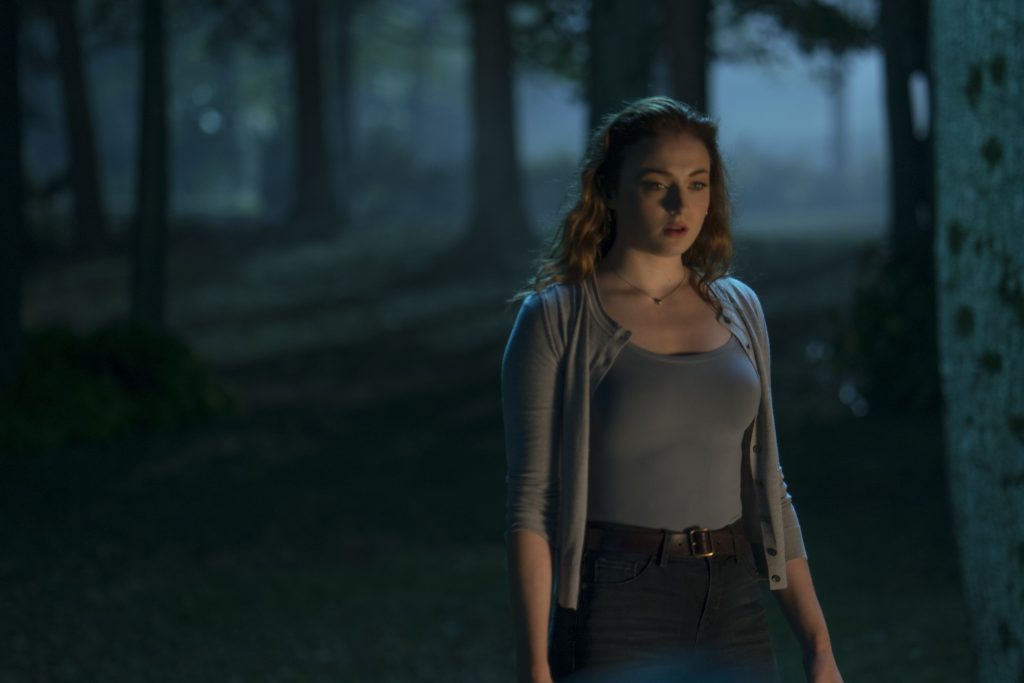 At a Saturday New York Comic Con appearance for Dark Phoenix, Sophie Turner teased the X-Men’s first big-screen scene in space. The film will see Jean Grey succumb to unstable powers from within. The catastrophic forces will be unleashed by the cosmos. “It’s something we’ve never done. It pushes the bounds for all the X-Men. It’s fun to take it someplace different. This time it was really exciting and made the stakes even higher. The scene where they go into space is very tense.”

20th Century Fox screened that 13-minute scene at NYCC and Turner’s assessment is right. We were there to see it and we can confirm, it’s an emotional setup enveloped in high action that bodes well for the rest of the film. If you want to go in fresh, stop here. We’re going to do a little unpacking of that footage.

The clip started with a NASA shuttle launch going awry shortly after take-off. Charles Xavier (James McAvoy) assembles the X-Men to respond to the crisis and they launch into planning mode. Mystique (Jennifer Lawrence) takes charge explaining it should be a smooth rescue. Jean Grey, Quicksilver (Evan Peters), Cyclops (Tye Sheridan), Nightcrawler (Kodi Smit-McPhee), and Storm (Alexandra Shipp) are leery about the X-Jet surviving a trip into space, but they determine it’s a mitigated risk.

Although the entire team has their concerns, Jean seems to know the mission poses a particular risk to her. Mystique promises to watch out for her and bail out if anything goes wrong. Unfortunately, she cannot keep that promise. Something does, of course, go wrong and Jean gets caught in the fiery forcefield causing the issue. Rather than bail out, Charles pressures her into staying and she abides, sustaining serious injury and presumably something worse.

Mystique later confronts Charles and realizes where his priorities lie. Charles is invested in rehabbing the X-Men image and was intent on saving the astronauts as a gesture of good will. Mystique then slams him with what is sure to be the line of the film, “It’s funny, I can’t actually remember the last time you were the one risking something. And by the way, the women are always saving the men around here. You might want to think about changing the name to X-Women.”

With that, the conflict is established and the damage is done. Jean’s sacrifice and the ultimate fallout will be the ultimate test for the mutants. Is the life of a team member outweigh their service to society? And is it already too late?