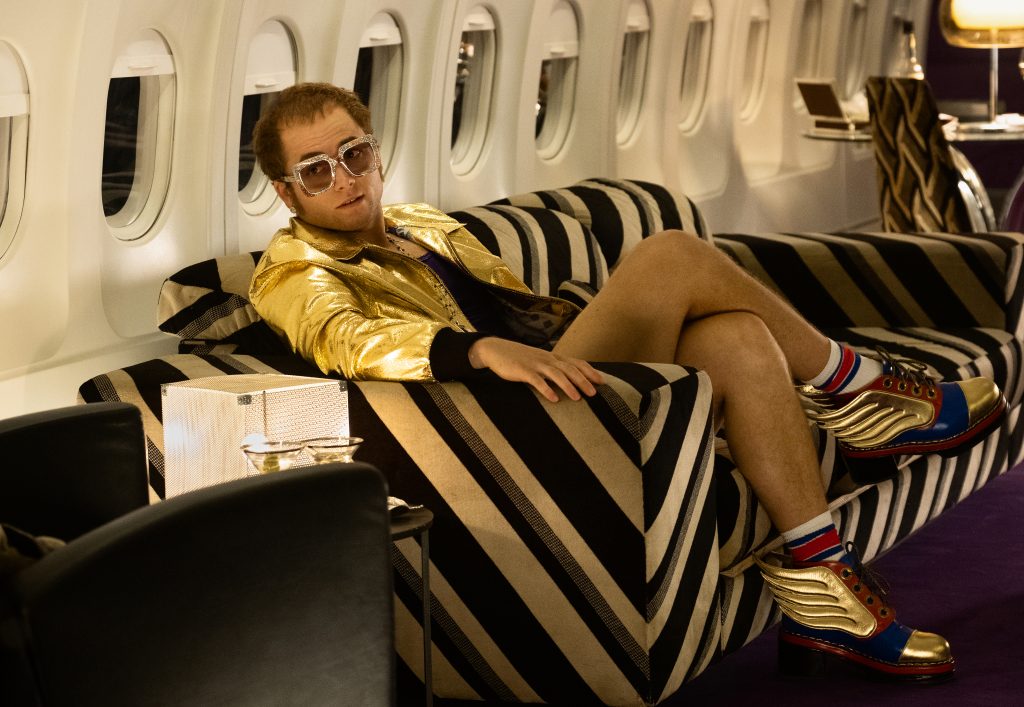 Elton John is such an icon, it is difficult to imagine there was a process for him to become what we know him as today. The latest Rocketman trailer teases the wild transformation of shy songwriter Reginald Dwight into the outrageous rock god Sir Elton John.

We admit that Taron Egerton initially seemed like an odd choice to play the musician, but seeing him shift from insecurities to a dazzling performer, he truly fits the bill. Egerton proves he has the required swagger, particularly in a very interesting moment where he dials up just as John takes the stage in one of his most famous performances ever.

I must say that I knew a great deal about John’s career, but apparently nothing about his upbringing. I didn’t even realize that he even had a stage name. I am getting properly psyched for this, especially after seeing a few glimpses of Bryce Dallas Howard playing his mother. My interest in John’s childhood has admittedly peaked after that adorable John Lewis & Partners Christmas commercial. The opening scene of this trailer directly mirrors that idea of John sitting down at the piano before all the fame and fortune followed.

Lest you feel a little bit of music biopic burn out, Rocketman looks like it’s going to be something special. There’s a lot of fantasy and rock star glamour thrown in. Elton John’s legacy is too spectacular to be limited by the confines of our puny reality. Things have got to be big, bright, and a little far out.

If nothing else, it looks like Julian Day’s costume design is going to be epic. Day recently dressed Egerton for Robin Hood and tackled Freddie Mercury’s legacy for Bohemian Rhapsody. The Rocketman trailer makes clear that John invested a lot in his on-stage appearances and his famous glitzy costumes will be heavily featured.