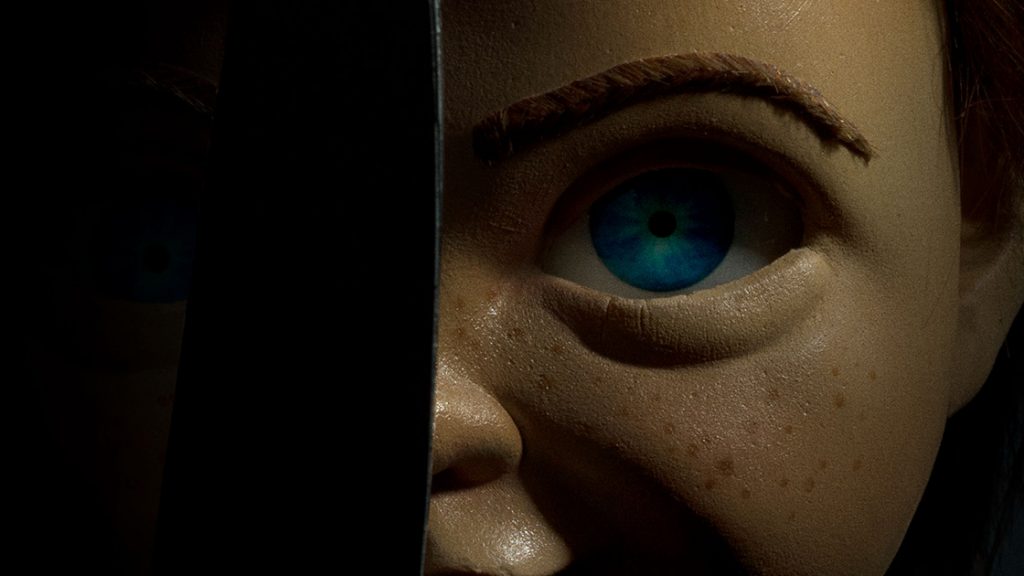 My greatest childhood terror is getting a hi-tech makeover. The first trailer for the Child’s Play remake reintroduces the doll of our nightmares with a 21st-century twist.

An overly optimistic advertisement introduces a robotic companion for kids. Obviously, a good idea. The plot is not overly stated here, which is appreciated, but we’re picking up on a single mom trying to cheer up her loner kid who is being bullied. The gift is immediately a little more invasive than anyone expected as it scans the poor boy’s face running a bright laser over his eyes.

Don’t blink and you’ll see that in the commercial for the toy, the Good Guys doll has been renamed Buddi 2. The “2” is presumably referring to this being a reboot. Andy (Gabriel Bateman) does call the hunk of plastic “Chucky,” because what doll name could possibly creep us out more at this point? Except, maybe, Annabelle. That must mean that Buddi introduces himself as the eponymous Chucky once he comes alive.

We don’t get a good look at Chucky himself yet. He only pops up from behind or in heavy shadow. I’m eager to see how he moves compared with the practical effects of 1988 original. That was some creepy VFX work, but Pet Sematary proved yesterday that CG doesn’t necessarily ruin the memory we have of animatronics.

The reboot is clearly introducing an AI element of computer intelligence wreaking havoc to the Child’s Play lore. My biggest question at this point is, will the doll still be possessed by the spirit of a criminal? Honestly, I loved that human element of a purely evil guy exacting his revenge through a deceptively wholesome medium. There is a place in my heart for the Westworld dilemma, but I like having a soul behind Chucky’s reign of terror.

Obviously, Aubrey Plaza is already freaky good in this trailer. She seems equally tired and terrified in that amazing way only she has mastered. Bryan Tyree Henry only briefly appears, but it would be shocking if he didn’t deliver. Look no further than Widows if you’d like to check his credentials.