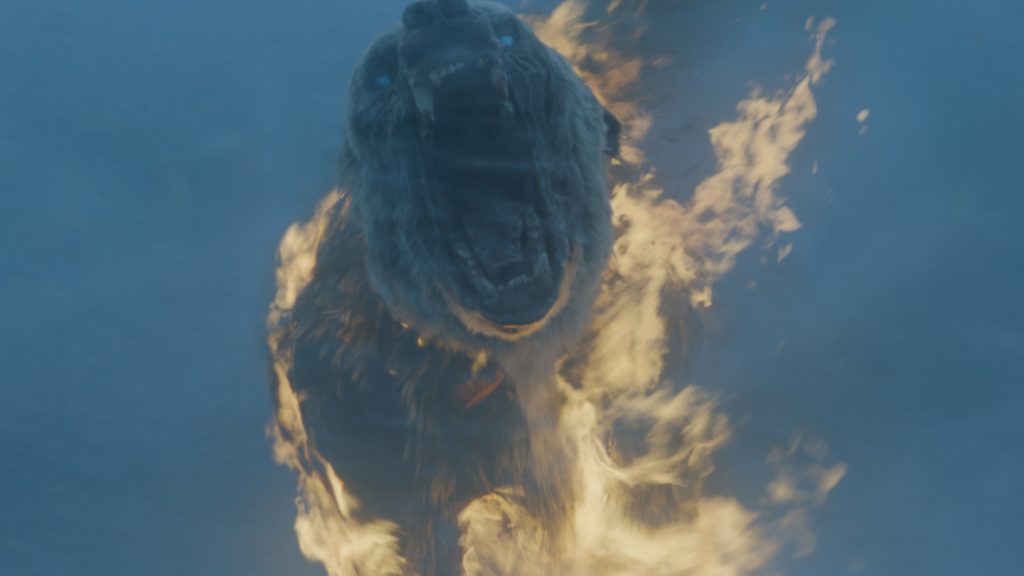 More than a year after its debut, there is one Game of Thrones appearance that is still burning bright in our minds. Literally. While we wait for the final season to kick off in April, we still cannot get over that flaming zombie polar bear and a new video revealing how it was created has renewed our amazement.

In season 7 episode “Beyond the Wall,” Jon Snow and his men face the living corpse of a polar bear. The undead animal was primarily created using CG, but those flames were real. They don’t call it the ‘A Song of Ice and Fire’ for nothing. The majority of the frozen setting was filmed in the very cold and very real Iceland tundra. During the bear attack, however, the actors worked on a green screen and with a green mesh and metal stand in for the bear.

As you emotionally prepare yourself for the last season of @GameOfThrones, see how they created the undead bear in season 7 ? pic.twitter.com/zRQaAx6UJb

The beast’s entire anatomy had to be drawn in on the computer, but to ensure believable reactions from the actors, they always had the sparse structure to interact with. An actor in a green suit even tried to match the lumbering gait of the bear so it would have reliable movements. Obviously, Game of Thrones has top tier stunt teams led by stunt coordinator Rowley Irlam on this episode. Nonetheless, it is still incredible how deftly the actors interact with live fire during really intricate fight sequences.

The brief video also reveals how hordes of wight soldiers fell through the ice into freezing waters without putting any actors at risk. The plunge took place on the same soundstage where the polar bear was filmed to better control the elements. The zombie attackers are savage, but luckily, they aren’t as strategic as living armies.

The entire scene is a marvel and we dissected even more of it back in 2017. HBO previously revealed how much planning was required to pull off the polar bear attack. They had the scene in mind for several seasons and finally, it all came together.

Game of Thrones returns for the final season on April 14.