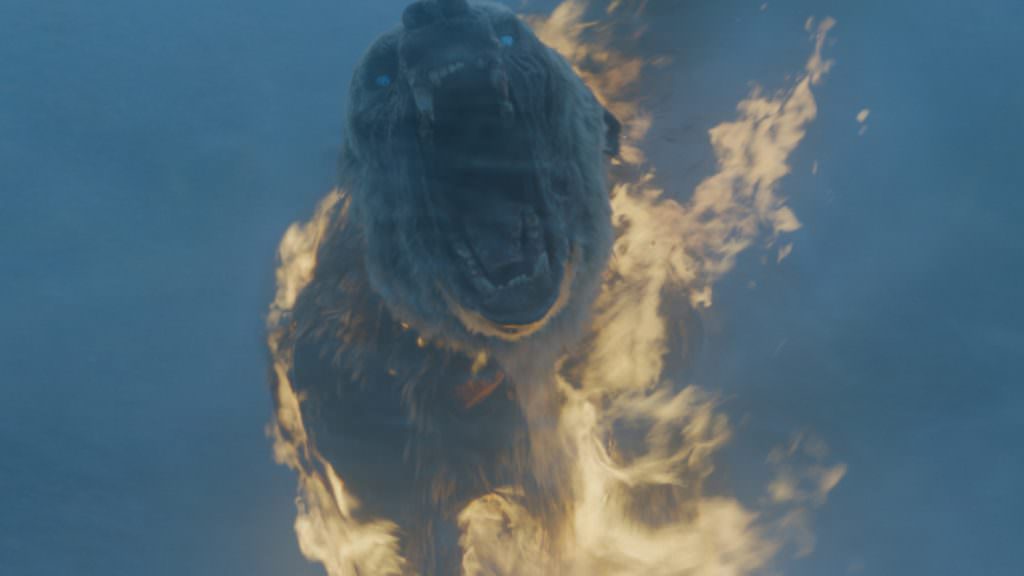 Game of Thrones Explainer: Here’s how They Created the Zombie Polar Bear (and More)

We’ve gone in depth on the big battle sequence (and everything else that happened in the episode) in our “Beyond the Wall” recap, and now HBO has released this behind-the-scenes featurette that details how the face-off between Jon and his merry band of brothers and the Night King and his army of the dead was created. What’s more, we also find out that showrunners David Benioff and D.B. Weiss have been planning on incorporating the zombie polar bear, which memorably arrives early on in the episode and attacks the group, for years. Finally, when they were writing “Beyond the Wall,” they had the perfect episode to get their wish.

Directed by Alan Taylor (Thor: Dark World), no stranger to epic battle sequences and special effects, “Beyond the Wall” required a huge amount of visual effects, stunts, pyrotechnics, and grit. Filming largely on location in Iceland, the episode benefited greatly from that country’s miraculously gorgeous environs, but it also meant that filming was difficult, very cold, and long. What they couldn’t film on location in Iceland they got in Belfast, Northern Ireland.

D.B. Weiss also confirms what we were all thinking once the fellas left Eastwatch—this is like a Westerosi version of The Dirty Dozen. A group of misfits voyage into the hinterlands beyond the wall to try and snatch a wight to bring back to King’s Landing. Naturally they’re beset by many horrors, beginning with the zombie polar bear and eventually ending by being surrounded by the Night King’s dead army, marooned on a small rock outcropping on a frozen lake. These sequences required hundreds of performers, impressive pyrotechnics and stunt work, and a lot of planning. As our heroes are surrounded by wights, Taylor’s goal was also to make it very clear to the audience that there is likely no way they’ll be able to hold the line, and someone (or many someones) will have to pay the ultimate price.

Iceland helped provide a lot of the visual splendor, so much so that Weiss even worried that many viewers would mistake the deep blue of the glaciers and the dramatic peaks of the surrounding mountains as special effects. They weren’t—Iceland provided the perfect backdrop for the world beyond the wall, but the more incredible looking the landscape is, the more difficult it often is to film there. It would have been impossible without the Icelandic technical crew, who would prepare the day’s shoot in the middle of the night, so by the time the cast and HBO crew arrived, the set was ready to go.

The zombie polar bear was the product of years of Weiss and Benioff begging their CGI team to help make it happen, and with “Beyond the Wall,” they wrote the sucker in and finally found the perfect episode to unleash it. There’s some really interesting practical effects that were used to make the zombie polar bear attack work, including a flaming ball of sorts, which represented the bear’s head), and attaching the stunt performers to wire to jostle and launch them around, as if being mauled by a massive….zombie polar bear.

You’ll want to watch the entire video for yourself: