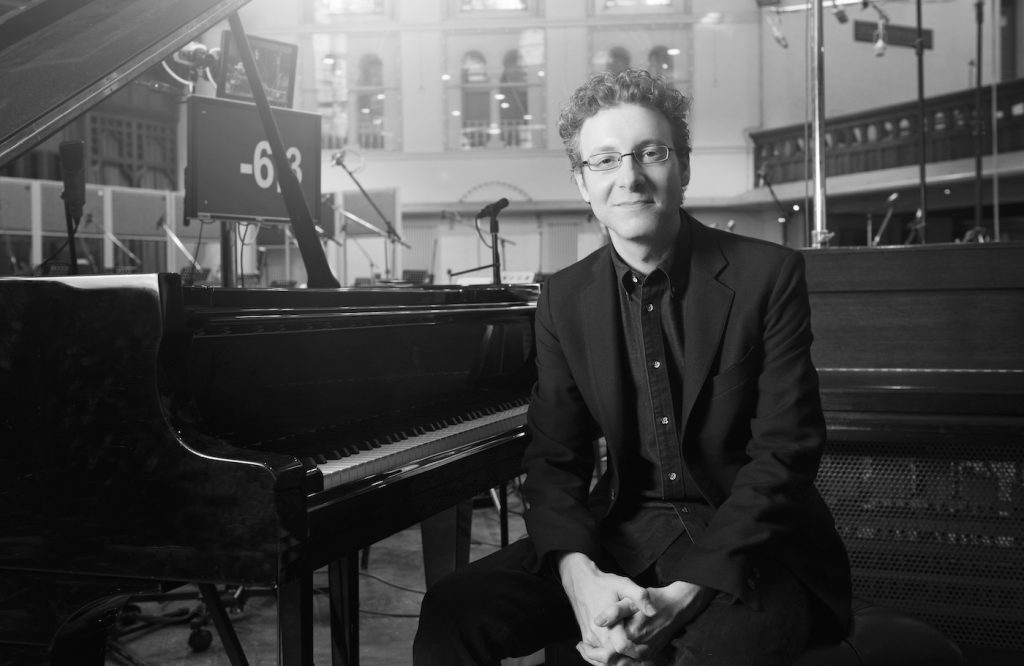 Oscar Watch: Composer Nicholas Britell on Nailing the Tone for Vice and If Beale Street Could Talk

Juilliard-trained New York composer Nicholas Britell worked non-stop in 2018 and now he’s got two Oscar shortlisted movie scores to show for it. Early in the year, he teamed with Moonlight director Barry Jenkins to write the music for If Beale Street Could Talk, the tragic love story set in early-’70s Harlem. Then he scored Dick Cheney bio-pic Vice, featuring Oscar front runner Christian Bale, for filmmaker Adam McKay. Additional to his melodic gifts, Britell reveals in his film work an exceptional ability for translating story concepts into musical motifs.

In the case of Vice, he says, “Adam wanted the score to have this large-scale symphonic scope because the story is so big. Because it’s not just about Dick Cheney and his rise through Washington; it’s also in many ways the story of America over the past 60 years. There are so many different strands and forces at work that have brought us to where we are today. We wanted to reflect that in the music.”

Contemplating McKay’s creative brief, Britell asked himself “What is the sound of an American symphonic idea?” he recalls. “And what does a hero’s journey sounds like? Culturally, I think we associate it with a lot of brass, trumpet fanfares for example. But then you realize Vice is not actually the story of a hero. So I created this big Americana sound but then injected dissonance into it. In Vice, every time you hear a theme, there’s always a few notes that are ‘wrong.’ And the crazy thing that happens is that you get used to these dissonant notes until they start sounding right. I think that’s a metaphor for what has happened in the history of America.”

The one exception to Britell’s all-dissonance-all-the-time concept materializes two-thirds of the way through Vice when McKay stages a fake happy ending complete with a factually inaccurate epilogue. To accompany the sequence, Britell orchestrated a soaring anthem brimming with schmaltz. “I consciously wrote this music so it would feel like an overly absurd Hollywood ending. They’ve got that line saying ‘Dick’s heart was healthier than ever’ and we know that’s not true. There is no harmony to Cheney’s life at this point but Adam wanted me to write the music as if everything winds up being perfect.”

Britell’s contributions to If Beale Street Could Talk, BAFTA-nominated this for Best Original Score, took shape in a more roundabout manner. Before filming began, Jenkins imagined brass instruments as the primary backdrop,  Britell says. “I wrote a few pieces for trumpets, flugelhorns, cornets and French horns. Barry loved it when he listened to the music on its own. But once we had the footage, it felt like something was missing. Strings. The sound of a cello, in particular, became the symbol for love in this movie.

Jenkins and Britell named musical cues after ancient Greek words that define different types of love. “There’s a piece called Agape, another called Eros, and Storge and Philía,“ Britell says. “You see all these define phases of love in the movie, the love of a parent for a child, romantic love, family love. That’s how we initially came up with the sound.”

But in Beale Street, love fails to conquer the racism ruining the lives of idealistic young protagonists Tish (KiKi Layne) and Fonny (Stephan James). To evoke a sense of dread when Fonny’s friend (Brian Tyree Henry) describes life in prison, Britell used audio software to mangle a tender love theme into nightmarish rumbling. The scene begins with Miles Davis’ brooding jazz record “Blue and Green” playing in the background, Britell recalls. “There was this moment of discovery for us where we wondered, what if we go from Miles Davis to this hellish score? What would that be exactly? So I took the cellos from the scene where Tish and Fonny first make love and I warped them. For us, this became the sound of injustice. Every sequence in the movie that deals with injustice, the music you hear is actually the same music you’re hearing in moments of love and joy, only it’s been distorted.”

Britell, who earned an Academy Award nomination for his Moonlight music, notes that he and Jenkins thrive creatively because of their mutual willingness to take risks and open themselves to new directions. “I love to try things out,” he says. “When I collaborate with Barry, experimentation is a big part of our process. We don’t know at the beginning where we’re going. We just follow our feelings and when things work, we keep going forward with them.”